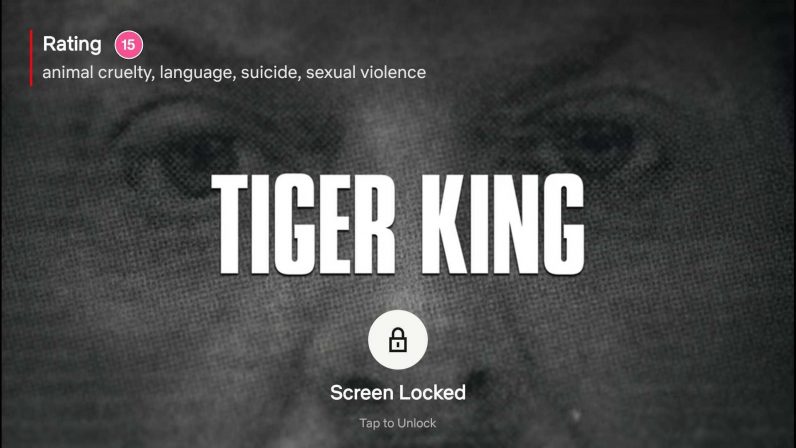 You’re streaming Rick and Morty (or whatever show you like to rewatch a million times) on your phone, and all of a sudden it skips to the next episode. It’s not a glitch, just the good ol’ accidental Netflix playback tap. We’ve all been there.

But worry no more: Netflix has rolled out a new ‘screen lock’ feature that lets you avoid that.

It’s pretty easy to use the new function. Simply play a piece of content of your choosing, and click the ‘Screen Lock’ button at the bottom left corner of the playback UI. That’s it.

To unlock your device, you’ll have to tap on your screen once — that’ll bring up an unlock notice. Tap the “Unlock controls?” button and you’ll be able to use the playback UI again.

Obviously, screen lock isn’t entirely fool-proof, but it should help you avoid most accidental taps, which is already an improvement.

Unfortunately, the feature appears to be exclusively available to Android users for now, so don’t be too surprised if you don’t see it on your iPhone or iPad. Hopefully, it’ll arrive on iOS soon enough, though.

According to 9to5Google, the screen lock option appears to be a server-side change, so it should be live on Android devices. If that’s not the case, though, try updating the app to the latest version. That might do it.

Now go enjoy your involuntary-tap-free streaming Netflix experience. We all know there’s not much else to do during quarantine.

Read next: Daily Distraction: Look after your mental health with these free resources