One of Facebook’s most subtly ingenious features is the birthday fundraiser. It prompts users to set one up on or near their birthday to raise money for various nonprofits — essentially capitalizing on the moment when everyone on your Facebook list suddenly remembers you exist to generate some social good.

The company launched the feature in 2017. Originally Facebook collected a fee from the money raised, but it no longer does. So whatever your friends, family, and interested strangers contribute goes directly to the organization.

[Read: Facebook is reportedly working on its own OS now]

So if you want to set one up in anticipation of your birthday, here’s how you can do it.

First, you have to make sure you have your birthday listed on Facebook. If you don’t want to give Facebook that much information on yourself (and I’m not sure I’d blame you), then you’re better off starting a general fundraiser or heck, starting a GoFundMe page. Note that every fundraiser is open to the public.

Navigate to the fundraiser page on your Facebook profile. If you’re within a good couple of weeks of your birthday, you should see a reminder at the top of the page reminding you to set up a fundraiser.

Next, select your nonprofit of choice. You have quite a large number to choose from, and Facebook will automatically filter it by causes your friends have given to in the past. It doesn’t necessarily give any information on the nonprofits here — you’re just sort of expected to have your preferences, I think.

Once you’ve picked your charity of choice, you have to nail down the details of the fundraiser, such as how much money you want to raise and when the fundraiser ends. The next page then lets you title your fundraiser and write a status about why you’ve chosen this particular nonprofit. Facebook pre-fills these boxes for you — in the case of the charity I chose, it gave some marketing patter about what the charity does for family. You’re free to change these to your satisfaction. 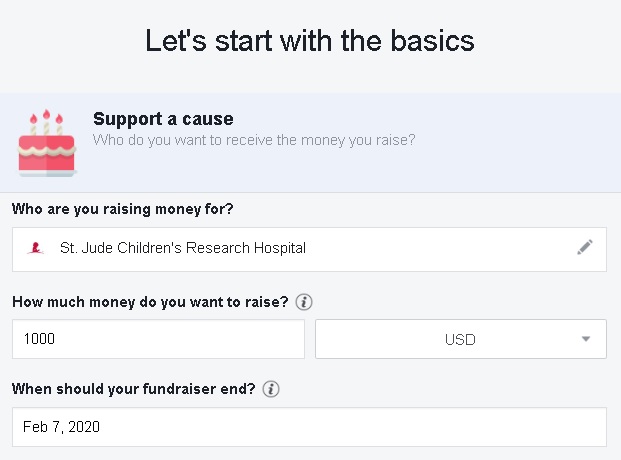 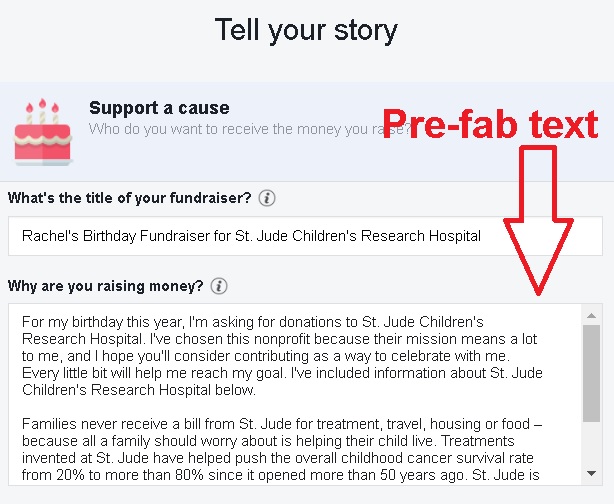 Then all you have to do is select a cover photo — usually the organization supplies one, and hit Create. Facebook will then prompt you to share the fundraiser to your profile, invite specific friends to donate, or to donate yourself.

But now your fundraiser is live. Good luck to everyone and your causes.

Read next: Scientist says aliens in UFOs might be Earthlings from the future