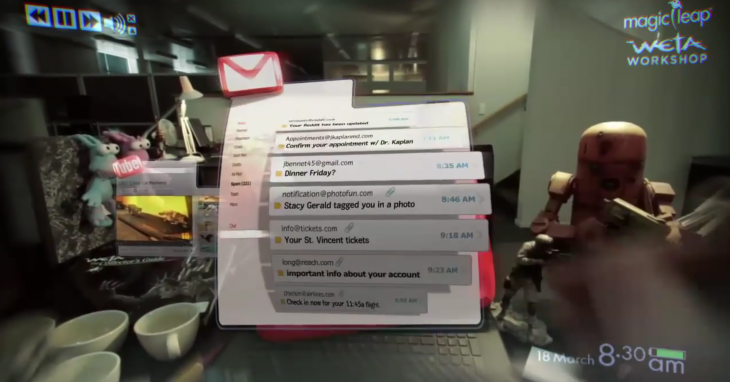 Magic Leap, the mysterious virtual reality company funded by Google, has today released a first look at its AR games experience with its headset.

The video, which was created in collaboration with Weta workshop (the studio behind movies like Lord of The Rings) supposedly shows a game where the user can interact with real-world and virtual objects and impressive graphics.

Considering the collaboration is with Weta, it’s likely the video is mostly just a simulation, but it’s still a cool look at what could be our augmented reality future, where you run around your office like an insane person.

➤ Just another day in the office at Magic Leap

Read next: Amazon can now legally fly its experimental delivery drones during daytime