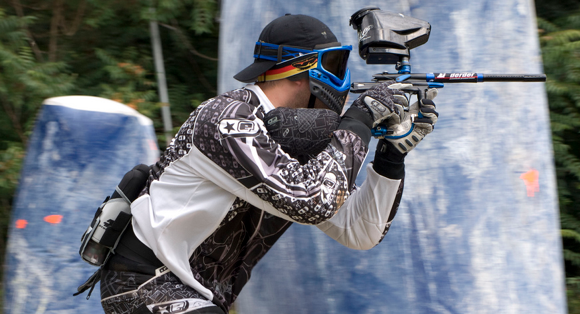 Augmented reality has so much potential to become the perfect gaming experience. The mashup of reality and fantasy has unlimited possibilities for enhancing and warping our lives, and it really could become the method by which kids in future generations gamify their own lives, making daily chores like picking up laundry as fun as shooting aliens in the head.

The technology is slowly but surely starting to work its way into our daily lives, like with this chocolate bar that uses AR to send personalized messages. We’ve also seen how advanced projection techniques can turn beautiful architecture into a fairy tale-like experience, on scales as large as the Sheikh Zayed Grand Mosque and the Al Jahili Fort in the United Arab Emirates.

AR isn’t always visual, either. RjDj is an indie studio creating apps that are pioneering AR audio, with games like Dimensions. And since iOS is very well-adapted to audio, this sort of application works flawlessly.

But not everyone sees the potential in AR, and the main reason for this is that it has only recently started to evolve. At this point, we’re kind of stuck taking AR projects “with a grain of salt,” especially since the iPhone wasn’t actually designed with it in mind.

Nevertheless, plenty of gamers are eager to give the technology an early try, and now 3rd party manufacturers are starting to take notice as well.

The AppBlaster is a gun accessory by APPfinity that attaches to your iPhone or iPod. The gun works with the company’s augmented reality apps which you can download via the App store. The games include things like Alien Attack, Skeet Shooter and more, turning your iOS device into “the ultimate shooting game experience.”

The novelty is akin to that of the iCade (an iPad arcade cabinet), and the quality of the gun looks like a fair buy for the price (~$25), as long as buyers don’t expect a high-end experience out of a plastic gun. Check out the video below and also this review!

As we said back in December: Someday, AR could become a seamless experience, where you’ll look out into the world and intuitively filter through a mass of information to join the virtual world with your own interactive reality. Alas, for now we are limited to devices like the iPhone, which has been the platform for many interesting experiments in AR. This device looks like a great way to play around with it while the tech evolves.