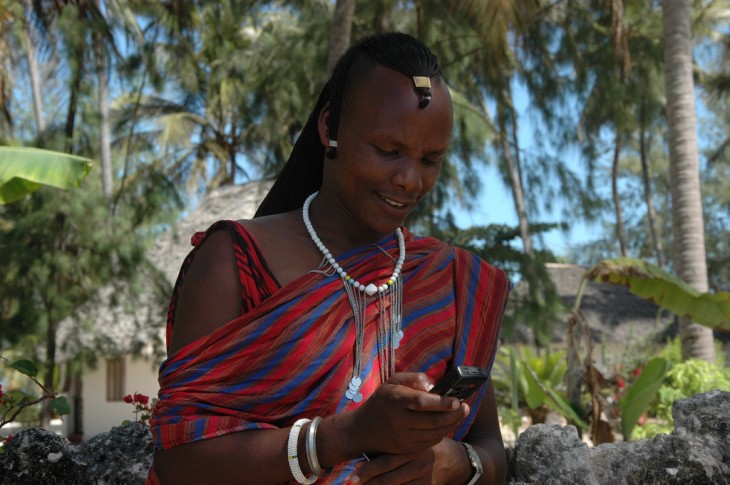 We wrote about biNu back in August, when it announced it had secured $2 million from Eric Schmidt’s Tomorrow Ventures and others, and now the emerging market-focused mobile startup has closed its Series A round having raised a total of $4.3 million.

The additional injection of capital comes from a range of new backers, including Dave McClure’s 500 Startups and PanAfrican Investment, and it will be used to bring its smartphone like, app-centric experience to more feature phone users in Africa, Latin America, Asia and Europe.

For those not familiar with it, biNu’s platform hosts apps in the cloud and can be downloaded to Web-enabled ‘dumb’ phones and low-end smartphones as well as any Android-powered device. The platform hosts a range of apps and Web-based services — including all the usual suspects like Facebook and Twitter — giving users full access to services through one ‘door’.

The main benefit of the service is a much faster and smoother app experience. Since biNu does all the ‘heavy lifting’ in the cloud, its customers enjoy more efficient use of bandwidth and enhanced performance which allows them, for example, to switch between apps at a much faster and less painful rate. That’s something most feature phone owners can only dream about.

Alongside news of the round comes an update for the platform itself, as the company introduces its virtual currency, biNu credits. This allows users to contact non-biNu via SMS or buy premium content and downloads, like games, apps and services.

As well as buy as buying biNu credits with currency, users can earn them by using the service. Points are given to those that complete their profiles, share content and do other activity, they also dished out to those that are served advertisements.

BiNu began to socialize its service back in August when it introduced Facebook-like newsfeeds, Twitter-style following and photo sharing. Speaking back then, co-founder Gour Lentell told TNW that the service had 4 million monthly users, having clocked up 400 percent growth over the last year.

To date, biNu has resisted the potential to team up with operators — Opera-style — on account of the fact that it wants to build a strong user base itself first.

“We want to build traction before we engage with operators,” Lentell said, although he did disclose that the startup had recently opened up discussions with operators.

Facebook bought feature phone specialist Snaptu back in 2011 but, Lentell believes that biNu does more than Facebook-Snaptu in so much that it powers applications beyond any one social network.

“Its feature phone app is great,” he says, “but the benefits are very much limited to Facebook. Going out of Facebook, to read links for example, is a barrier since the app closes down and loads a webpage. Users  then read that, close the browser and reopen the Facebook app again – all of that takes time on a feature phone and is very frustrating.”

TNW featured biNu back in 2010 when it was one of the 50 selected finalists in Australia’s Tech123 conference. With more than $4 million in Series A funding to be banked, it’s fair to say that it has come a long way since then.

Read next: Nintendo's N64 could have had an embedded dial-up modem, making it the first console to go online