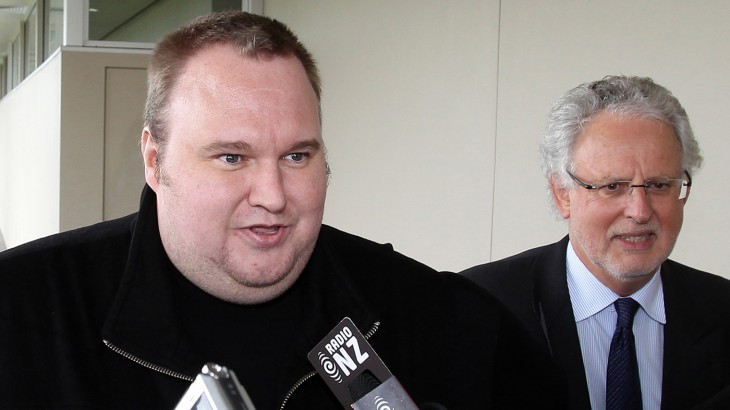 After his dreams of a Me.ga domain were shot down by Gabon’s government, Kim Dotcom’s soon-to-relaunch Mega service has finally found its place online after the German confirmed that the Mega holding site is now live at New Zealand-based domain Mega.co.nz.

New Zealand will be the home of our new website: Mega.co.nz – Powered by legality and protected by the law.

The site — which has been hosted on other domains over the past few weeks — offers an email sign-up to help users keep up with the latest news and launch of the service, while it also houses links and information for hosting partners, developers seeking APIs and financial investors.

Dotcom had previously planned to grab the nicely fitting Me.ga domain but that plan was scuppered last week when the Gabon government — which claims .ga domains within its Web jurisdiction — suspended the domain because it didn’t want its country to be associated with “pirates”. Furthermore, it offered to sell the URL to Universal.

Dotcom hit back at the move, suggesting that Gabon’s hand had been influenced by the US government — which is still processing a request to extradite him — however, as Dotcom said in his latest tweet, the new domain will be infinitely more secure and safe with the backing of authorities and the law in New Zealand.

Plenty of teasers relating to the relaunch of Megaupload and new music service Megabox have been circulated by Dotcom, formerly known as Schmitz. As well as video footage of Megabox — which hinted at a number of exclusive musicians — Dotcom has offered developers early access to the Megaupload API.

Dates of the relaunch have been moved around a bit but, after initially vowing to launch the service before the end of the year, Dotcom settled on a rescheduled but poignant date: January 20, the one year anniversary of the police raid on his mansion.

The raid — footage of which surfaced in August– caused much controversy.  Authorities were accused of acting heavy-handedly with many questioning why a helicopter packed with members of the ‘Elite Special Tactics Group’ was needed. Dotcom himself told of the excessive force, testifying that he was punched, kicked, kneed and otherwise treated unfairly during his arrest.

The raid may have been the flashpoint but it has certainty not been the only bungled operation of the campaign, which began when the US Department of Justice shut Megaupload down in January.

Authorities suffered a significant blow in June when the New Zealand high court ruled that search warrants for the raid were invalid. That was followed by another embarrassing episode in September, when New Zealand Prime Minister John Key ordered an inquiry into claims that the Government Communications Security Bureau (GCSB) unlawfully spied on the Megaupload founder.

The Dotcom extradition hearing is set to take place in March 2013 after being rescheduled from August 2012 following a series of issues relating to the way that police had handled the case.

Read next: Tapestry for Android lets you beam curated photo albums to friends and family in real-time