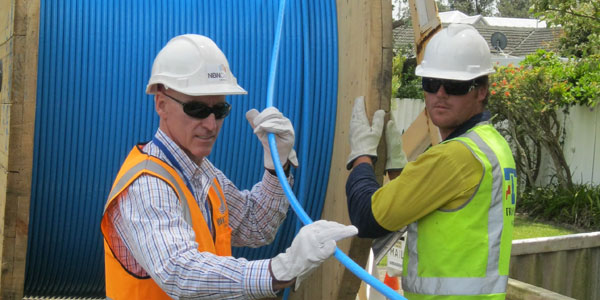 NBN Co and Telstra have today finalized the deal that allows NBN Co to use existing Telstra infrastructure, a major part of the process that needed Telstra’s cooperation to go ahead.

Telstra’s existing fiber network (which is admittedly next to non-existent) will be available to NBN Co, and their national duct system can be used to do the much larger job of rolling out fiber to the rest of the nation, the sixth largest country by area in the world. Access to these ducts makes a myriad of hurdles a non-issue for the NBN project.

The NBN, or National Broadband Network, is a Labor government program that began under former prime minister Kevin Rudd, and has a budget of $38 billion with the goal of making high-speed fiber broadband available to 93% of Australian premises. The remainder will be covered through a combination of wireless and satellite solutions, ensuring that all Australians have access to a minimum connection of 12 Megabits per second.

Read next: Apple removes ThirdIntifada from the App Store after Israeli government request