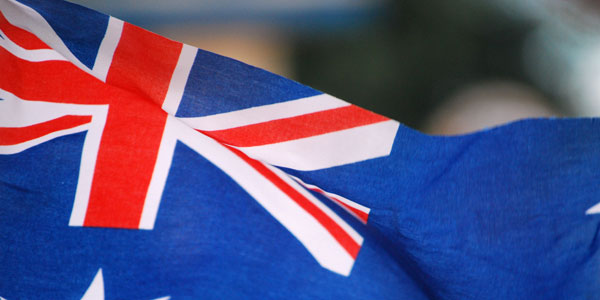 We’ve written about the booming Australian tech scene on a few occasions, with the newest startups benefiting from greater attention from investors than ever before and our own group of startup accelerators popping up. Here are just 14 of the Australian startups that have been contributing to the boom of interest in the country’s web companies.

Learnable is a marketplace for education — a platform that facilitates the buying and selling of instructional courses and participation in them. The Learnable team is based in Melbourne and the company was founded by SitePoint.

Campaign Monitor is a Sydney-based email marketing service provider that caters specifically to designers and their clients. Campaign Monitor is used to send well-designed email campaigns, manage lists and analyze the results of each campaign.

Saasu is an online accounting app that handles invoicing, bank feeds, statements, inventory, and payroll, and offers mobile and POS software — among other things, making this one of the most full-featured accounting apps available. The company is based in Sydney.

DesignCrowd is a design crowdsourcing platform that allows users to post design projects for a low fee and get back over 50 designs. Designers submit their work to the contests and the winner takes the prize money. DesignCrowd differs from its competitors in that it pays participation payments to designers whose work isn’t selected by the client.

Flippa is another SitePoint offshoot in Melbourne that enables users to buy and sell websites. It’s like eBay for site ‘flippers’ — hence the name. While many of the auctions on Flippa are for sites quickly thrown together by guys in the SEO and flipping business and sold for a relatively small profit, it’s seen its fair share of larger sales recently, such as the $330,000 Inquisitr sale.

Envato is a Melbourne-based company that provides platforms for learning skills and selling products in creative fields. It’s Tuts+ network is one of the biggest of its kind, publishing tutorials on a wide variety of topics from audio to Photoshop. And its marketplaces are similarly situated, with Envato’s ThemeForest the largest WordPress theme retailer around.

Prevue is a tool that has come out of Sydney that enables designers to share concepts with their clients easily and create publicly visible portfolios. With some time and development, Prevue looks like it could be Australia’s answer to Dribbble with more privacy control and more utility in designer-client relationships.

Angry Monkeys is a Melbourne-based companies known for its tools that help companies and designers check their sites for usability and track bugs visually. BugHerd (the visual bug tracker) is their most recent product, which we’ve covered in the past.

Kaggle is a web app for outsourcing statistical and analytics to data scientists who compete to produce solutions to the problems presented by users with their data. It’s crowdsourcing for data analysis from computer science to economics to physics. Even NASA is using Kaggle.

GetFlight is a new take on the surge of airline deal-finding sites that uses a Google Maps-based interface to make the process simple. GetFlight checks all Australian airlines and shows you the cheapest tickets on a given route, or from an origin point to all available destinations.

IRL Gaming is an Australian company working on location-based mobile gaming. Their first project, currently in development, is called Zombies in Real Life. It looks to be a big departure from most of the existing location-based “games,” which are too often merely ways for advertisers to make their promotions more interactive. Zombies in Real Life looks like it’ll actually contain zombie-related adventures.

The concept behind Trunk.ly is simple, but it’s an app that never fails to come in handy. Trunk.ly indexes the links you’ve shared on social networks such as Twitter and Facebook and makes them searchable, so that you can use your social networks as a sort of bookmarking tool — instead of just sharing content, never to be seen again, you can easily find the things you’ve posted later on.

Travellr is a social crowdsourcing platform for travel information. Users ask questions like “Where are the best Lebanese restaurants in the Melbourne CBD?” or “What’s the best budget hotel in Kuala Lumpur?” and get answers from experienced travellers who know what’s good and what’s not — freeing travellers from reliance on often-dodgy Google Places reviews and marketing pitches.

Not on the list? We want to hear from more Australian startups.

If you’re working on, in, for or with an Australian startup, we want to know all about you. Email me personally at [email protected] if you think your company deserves a spot on our next Aussie startup roundup.

Read next: PayPal Director: Square is Superficial, Not Revolutionary