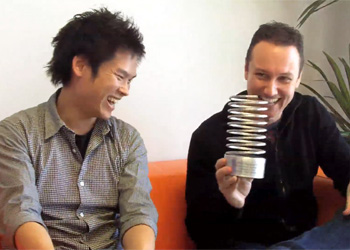 This week we caught up with Mark Harbottle and Jason Sew Hoy from 99designs. Mark and Jason talks to us about the crowd-sourcing design space and how they were able to expand beyond Melbourne and into San Fransisco.

Stay tuned for next week as we will bring you an interview from Adioso.

Read next: "Tweets with links" and "Tweets near you" added to search on new Twitter.com