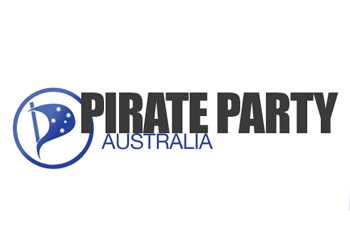 While not yet an official political party in Australia, the Pirate Party have been doing a great job recently of bringing diversity of thought/opinion into political debate around Intellectual Property and Civil Liberties. In particular, they’ve been a loud voice in the battle against the Government’s proposed Internet Filter and other forms of Government censorship surrounding the Internet and computer games.

While they’ve always had a blog/forum and other ways of disseminating information, they’ve now decided to launch a new publication – the Pirate Gazette.

Issue 1, Volume 1 of the Gazette dropped today, so I grabbed editor, Brendan Molloy, and asked him what they were hoping to achieve with it:

“The very point of the Pirate Gazette is to better inform our Party members of issues that matter to the Party, and by extension, to better inform the public of what the Pirate Party stands for. This newsletter format allows deeper explanations than a FAQ can offer and gives the author the ability to express themselves about an issue that matters to them.

We decided this was the best method to inform our members of issues during a meeting where some members displayed confusion over just what a gene patent entailed. We hope our Gazette will help educate both our members and the public.”

Whether you agree or disagree with the Pirate Party’s policies, you have to agree that diversity of opinion is critical in political debate, so the Gazette is definitely worth checking out

Read next: iPhone 4 Most Popular Disappointment on Souq.com