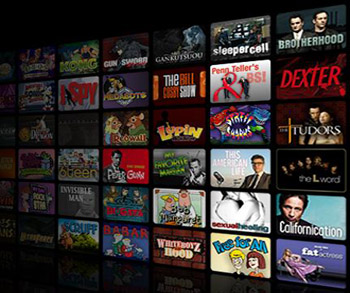 Former NineMSN Head of Video, Jimmy Storrier, and his startup Juno Interactive are launching an online TV & Movie content service in Australia with a firm eye on finally allowing Australians to access video content from all over the world legally and as it’s released.

While there are limited details at the moment, Storrier has told The Next Web Australia that they are building “a branded platform which will enable content providers to distribute content direct to consumers on a subscription / PPV basis.”

Better still, Storrier is “leading conversations locally between his new venture Juno Interactive, the major US content studios, and a number of other US, UK and Australian based content producers about distributing their content on the soon to be launched service”.

Development of the site is being led by David Morrison, who spent over 10 years working in Digital Production and Digital Media. Most recently, David was Head of Production, Media at Yahoo!7.

In addition there are a group of 3rd party providers (we can’t name them at the moment but they are impressive) with deep experience in Content Delivery, encoding and billing that should help ensure that Juno is ready for whatever level of demand they receive on day 1 and beyond.

Storrier makes some compelling arguments for why this type of service will succeed in Australia.

He says the fact that Australians are some of the highest illegal downloaders of TV content in the world is “an accessibility issue” not “Australian’s thinking content should be free”.

To further emphasise this he goes on to add:

“When you consider the availability of video entertainment content in overseas markets, we’re practically a content wasteland down under”

Unfortunately for those keen to have a play immediately, the search for first round beta-testers has closed. To be considered for the next round of testing though,  you can jump onto the contact page and put in your details (use the drop-down menu to choose “Beta Tester”.

That next beta-round is scheduled for mid/late July, with a wide range of announcements about the site more generally due to be released in August.