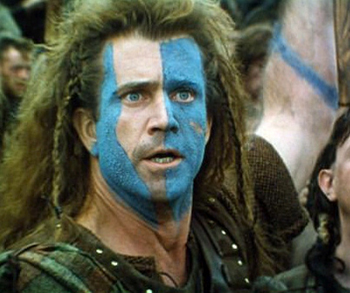 An interesting opinion piece by Alan Noble, Engineering Director of Google Australia and New Zealand, was published in the Australian Financial Review and then on the local Google blog over the past couple of days.

The post is a call to arms of sorts and the following quotes more or less sum it up:

“There has been plenty of talk recently about older bastions of the Australian economy, such as the car industry, the energy industry and others. Yet no other industry has more potential to spur on Australia’s future economic growth than information technology (IT).”

“But right now, our focus as a nation on IT is inversely proportionate to IT’s importance and IT’s untapped potential. We face a serious IT trade deficit in Australia, and the number of students graduating with IT degrees is declining”

I agree with a lot of the things Noble says in his piece but one thing I don’t agree with is that:

“Part of the current decline in graduates with IT degrees (including Computer Science and Software Engineering) is due to a lingering fear after the dotcom crash that the world of IT is unstable, and jobs unreliable”

I mean, what do kids who have gone into Uni recently really know about the dot-com crash and what fear could they possibly have of it?

Rather, I think that he’s on the right track when he starts speaking about the fact that the world of IT in Australia, from the perspective of the potential IT student, is simply not exciting enough.

I’m willing to accept that IT is an $85 Billion industry and employs over 260,000 Australians, but having worked in the IT sector for the vast majority of my professional career I can tell you that those jobs aren’t the types of jobs that are going to drive students (particularly the ones that have the potential to do great things) towards IT degrees.

I mean, think of your typical Gen Y, the kinds of people that are coming out of unis now and tell me is the actual world of IT in Australia – the cubicles and the 9-5, the suits, the following the lead of the US, the fact that even at “leading” technology companies like Microsoft all we essentially run in Australia are sales and marketing arms – is that the kind of industry that they really want to be a part of?

In other words, why would someone study IT to become an accountant? (no offence to the many accounting friends I have out there…)

Of course, Google in Australia is an exception to the rule. Google Australia is involved in the development of world-leading technologies like Google Maps and Google Wave (thanks in large part, oddly enough, to a couple of brothers from Denmark).

Another exception is Atlassian, who have gone on a hiring binge to get the best local engineering talent working in their Sydney office on their hugely successful enterprise software.

But these companies, and their ilk, are few and far between. And therein lies the problem.

Then again, it’s not all bad.

For years now there has been a core group of people working hard to change that.

I’ve had the pleasure of meeting a lot of them and their motivation is the same no matter whether they’re a new or successful tech entrepreneur, a service provider, an academic, a government rep or an investor.

The best news is that over the years, that core group has been joined by many, many, more people, all with a common goal of creating, as Noble says “fantastic IT opportunities that will keep our talent at home”.

It’s only the beginning, and we’re progressing slowly, but I know that with the help of everyone who wants to see the local tech industry be all it should be, we’ll get there.

So next time you hear of a tech event (no matter how formal or informal) make sure you try to give it your support somehow, whether by going, or by simply telling other friends about it. Also, make sure you jump on and support local tech startups we write about here. We need to give them the kick-start that competitors in the US and other tech-centres get by default.

Also, when you see politicians speaking about the local tech industry online, make sure you post comments letting them know that we’re out here, we’re unhappy with their support and that there needs there to be a more unified and significant focus from our leaders on putting the infrastructure in place for us to build a true centre of IT excellence in Australia.

Remember, like Public Enemy once said, “It takes a nation of millions to hold us back!”

Read next: Want Android On Your iPhone? It's Ready For Download