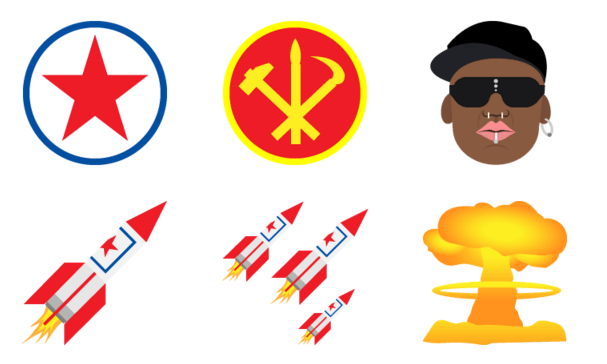 The Web went crazy when Kim Kardashian released her own set of emojis featuring none other than that butt.

Well, given limited internet access in North Korea, a designer has decided to help another celebrity Kim out, making a new set of Kimoji for North Korean leader Kim Jong-un.

You can now recreate, using this handy set of shareable pictograms, that really weird time that Dennis Rodman went to visit.

And if you want to give your buddies a schooling on the history of the world’s most secretive nation, you can now burn them with Kim Jong-il and Kim Il-sung.

Given his country’s poor human rights record, you might think this is in slightly poor taste. But since when has the Web ever really worried about that?

“Copy and paste to share with your comrades,” designer Ben Gillin jokes.

Read next: Google's rolling out new encryption security measures for Gmail this week