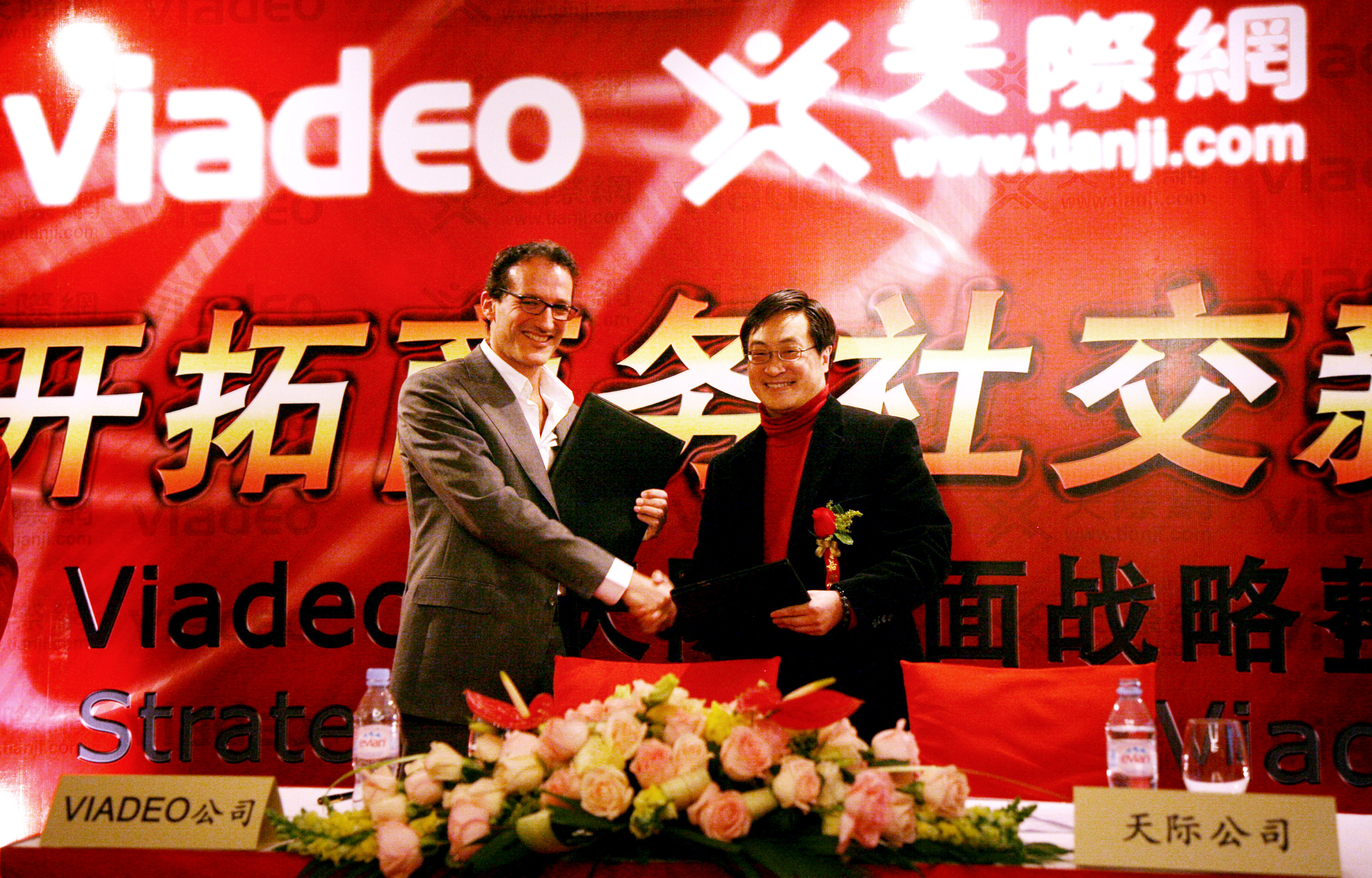 Business networking company Viadeo may be French, but China has become a major focus thanks to Tianji, its Chinese site that claims 20 million users. This month, the company announced its intention to pursue a listing, preparing to crank up its rivalry with LinkedIn in China through new funds that are likely to follow with the IPO in France next month.

We caught up with the firm to find out what is behind the decision and why it believes that it is still the company to beat in China, despite new interest drummed up by LinkedIn’s recent arrival.

Viadeo acquired Tianjni in 2008, and its China-based users account for one-third of the 60 million users that Viadeo claims worldwide. That puts Tianji some way ahead of LinkedIn, which has five million users, having added one million since launching a local service in China in February.

“A public listing is the next logical step for us,” says Derek Ling, who founded Tianji, but works across other parts of the Viadeo business.

Ling admits that the company explored a number of avenues for its listing, but eventually settled on France because it believes it can help catalyze the French tech space.

“We looked at a few different [options] but decided on France because the market hasn’t seen a tech IPO since 2006, so it is starving for a French internet company to be listed,” Ling told TNW.

Ling admits that Viadeo is a Chinese company “in some sense,” such is the success of Tianji. When asked whether the heightened interest in Chinese tech IPOs in the US were a reason to consider an American IPO, Ling says that the company may pursue a dual listing “at some point” in the future.

Aside from taking advantage of an opportunity in Europe, the listing stands to benefit Viadeo’s Chinese business.

Ling says that the funds will allow Viadeo to increase its focus on Tianji and provide “the proper investment to keep and grow the lead” that it claims in China right now. Furthermore, he says that Viadeo will invest extensively in technology and recruiting across the board, while it is looking to spur growth in emerging markets like Africa and Russia too.

It’s impossible not to mention LinkedIn when talking about China, but Ling says that the recent arrival of Viadeo’s rival is welcome.

“Overall it is positive, and it’s surprising how long they waited [to come to China,” he says. “[Their presence] helps to put a stamp of approval on this space in China. There’s a lot of awareness of the brand already among China, but we believe our multinational strategy gives us a real competitive advantage.”

LinkedIn CEO Jeff Weiner has said that adhering to censorship requirements is a “condition” of its expansion to China. This month it began implementing that policy to keep content related to the controversial Tiananmen Square anniversary invisible from users based in China, attracting criticism for its actions.

Censorship is less of a concern for Tianji, Ling says, because the Chinese site is ‘walled’ off entirely from the main Viadeo site. That means that no content posted to Viadeo globally can reach users in the country, regardless of whether it is politically sensitive. Users in China are subject to censorship rules, but they are more accepting of them because they have been in effect since the beginning and also apply to other popular services, like microblogging site Weibo.

Ling believes that because Tianji is China-only and that it began independent of Viadeo, the government sees it as a local play. While LinkedIn’s Chinese portal has a separate URL — Lingying.com — it is broadly seen as an overseas expansion from an international company, and content posted to the site appears on LinkedIn.com too.

Indeed, he thinks that this difference will be key in the future.

“This is only the beginning — it will be more difficult for LinkedIn as its awareness increases in China,” Ling argues.

Aside from the nuances and rivalry, Ling is bullish on the business networking space in China.

“More people want to get into the white-collar space,” he says. “Chinese universities produced two million graduates per year 10 years ago, now the figure is at 7.6 million — there’s a real boom. Graduates aren’t going to go to a blue collar job, so we’re looking at a whole demographic and social change that’s moving in our direction.”

The Chinese government reports that the country has 618 million internet users, so the fact that there are just 25 million accounts in China across both LinkedIn and Tianji supports this growth potential.

The Telegraph reports that the mid-point of Viadeo’s potential flotation values it at around €200 million (around $272 million). That certainly seems cheap given its lead in China and presence in emerging markets — it claims three million users in Francophonic West Africa, and over one million in Russia.