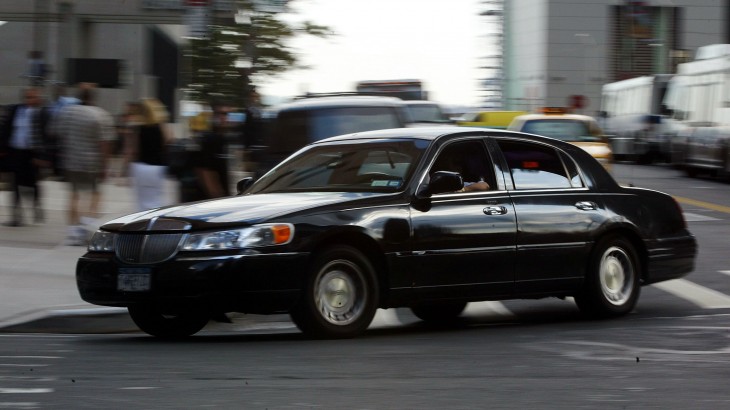 Six months after arriving in China via a pilot phase in Shanghai — and subsequently driving into Shenzhen and Guangzhou — private car hire service Uber has officially launched in the country today. More than just an official launch, Uber China has localized itself with a Chinese name — You Bu (优步) — and by integrating AliPay, a popular payments service operated by Chinese e-commerce giant Alibaba, into its app.

Integrating a local payments option is a clear move by Uber to gain more traction among Chinese users, in the face of stiff competition from a handful of taxi-booking apps backed by top Chinese tech firms, as well as homegrown limo service Yongche, which recently closed a $60 million Series C round.

As we noted before, the presence of strong competitors and cheap taxi prices, among other obstacles, make China a difficult market to crack. Didi Dache recently secured a $100 million funding round from investors that included Chinese Internet giant Tencent. Previously, e-commerce giant Alibaba invested an estimated $1 million in Kuaidi Dache, while car rental firm Yonchi — which runs Dache Xiaomi — was said to have landed a round in the ‘tens of millions of dollars’ bracket.

In an interview with TNW, Sam Gellman, the head of Asia expansion at Uber, notes that its service has key differentiators from taxis — and in turn the ‘normal’ taxi-booking apps. Gellman emphasizes that Uber is not out to compete with taxis. Instead, the company prides itself on being a premium service and — perhaps crucially — a “safe” option that includes a high level of customer service:

Uber is an incredibly safe transportation option. With every ride, you watch your driver approach, you know that this is a driver that has been vetted, a driver who previous Uber customers have rated positively — and when you finish your trip, you get a receipt in your email that shows the exact route that you took, so if the driver tried to go a long route, you know it and you can show that to us.

For the first time in the history of transportation, drivers are held accountable over the long term for their service level. If they deliver bad service, then you give them a bad rating, and it sticks with them.

For a taxi, the goal of a driver is to get you where you need to go as quickly as possible and you’re not going to ride with that taxi driver again. For Uber, the driver needs to get a good rating or he won’t be allowed to use the Uber platform anymore.

When pressed further on possible pressure from Internet giants and similar services, Gellman says that Uber doesn’t spend time thinking about how its service compares to others. “Our focus is on delivering a great experience, and numbers so far have shown great initial results and we just want to keep building it up,” he says.

However, Gellman declined to disclose any specific figures. All he says is that Shanghai is far outpacing most of Uber’s bigger markets at this stage, going by the pace of growth of trips.

“If you look at the first six months of Uber’s existence in Shanghai and compare that with US cities, like San Francisco or New York, or some European cities like Paris, London… You’re seeing that Shanghai is doing more completed trips than those cities were doing in their first six months,” he says.

Gellman insists that he is very optimistic about Uber expanding further in China — noting that the repeat ridership figure is well above the company’s global average — though, once again, he didn’t want to mention numbers.

When I look at the success we have in Shanghai, it does make me very optimistic, simply because we’re getting a lot of riders and we’re finding that the people who use Uber are using it multiple times. So the product is really resonating here. I think that can only leave me optimistic about the chance to continue to expand this product in China.

It possibly helps that Uber — though still pegged as a more premium service in China compared with normal taxis — isn’t extravagantly priced. Last month, Uber cut its prices in Shanghai by 30 percent, and slashed the base fare and minimum fare by half.

Gellman used the analogy of a coffee at Starbucks compared to a typical coffeehouse in China — saying that anybody who can afford a Starbucks latte can afford Uber. “Our prices are at a range where people can use it every day,” he says.

Compared to other markets in Asia, such as Singapore where I’m based, Uber prices in China do seem significantly more affordable. Gellman notes that in Shanghai, Uber’s average fare is CNY60-70 ($9.90-$11.50) across all trips. That’s still 1.5 to 2 times the price of a taxi, but overall the price point is lower.

Gellman says that it is important to understand the differences in markets across the region — and because the amount of money needed for drivers to be attracted to Uber varies greatly across countries, the price point gets adjusted accordingly.

It’s about seeing how much money do drivers need to make to be on the platform. We try to get our prices as low as possible — but we also need to be conscious that we need them high enough that professional chauffeurs with nice cars want to spend time using the platform to get customers.

In Singapore, that number is just higher than in Shanghai. In Shanghai, we can make that price lower. The goal here is to get the prices as low as we can so that drivers still see enough money from the system that they want to work on the Uber platform. And that’s what we are optimizing for.

Meanwhile, employing creative ways to make people talk about Uber is the company’s way of gaining more users in the country, as Gellman explains. “The good thing about Uber, and what’s so great about this service, is that people who use Uber like to talk about it… A lot about getting the word out is empowering our users who really like this service to tell their friends about Uber. The vast majority of our sign-ups come because people have told their friends about it,” he says.

Last month, Uber launched lion dances on demand to celebrate Chinese New Year, and Gellman cites such activities as helping it to gain attention in the country.

The fact remains though that Uber has declined to disclose any specific business figures — and it has slashed its prices in China — which makes it impossible to judge how its business is performing in the country at this early point.

A key concern remains with regards to Uber’s targeted demographic of customers in the country — simply because it seems like those who take normal taxis probably wouldn’t be willing to splurge on the premium Uber service, while those who are wealthy probably already have their own cars or even chauffeurs.

If Uber only appeals to a narrow section of people in the country, that could signal a lot of difficulty down the road — and it will take much more than just creative marketing ploys to grow its userbase.

However, Uber does have a pocket full of funding and powerful strategic backers, factors which would go a long way to helping it grow into a large enterprise. In August 2013, Google Ventures backed Uber with its biggest investment yet, partnering private equity firm TPG to bring in a massive $258 million for Uber at a valuation of $3.5 billion.

In the long run, Uber could also expand beyond mere premium transportation and head into logistics, executing on its vision of changing “transportation and logistics in urban centers around the world.” As Gellman notes, “over time, other things can happen.”