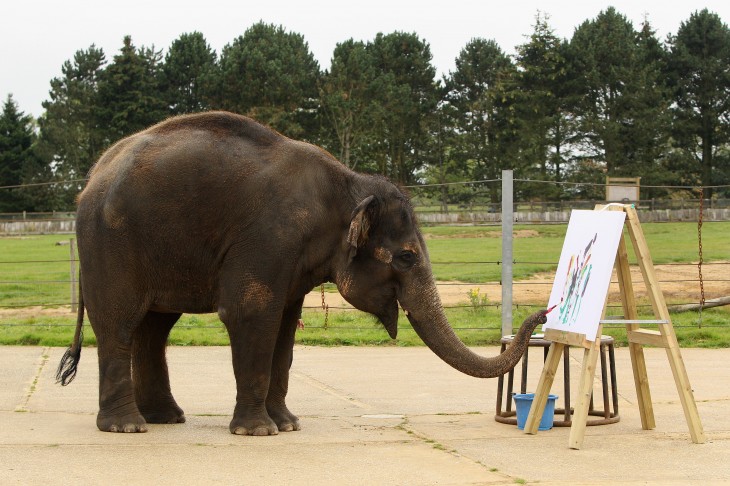 One year to the day since it launched its dedicated business in China — Yinxiang Biji — Evernote has deepened its push into the country after launching Evernote Business platform, its services dedicated to serving business users, there.

Speaking at the Global Mobile Internet Conference in Beijing — the same venue as last year’s launch — Evernote CEO explained why the company is bringing the business service to China at this time, having crossed 4 million registered Yinxiang Biji users.

“The timing for Evernote Business couldn’t be better,” Libin said, explaining that companies are blossoming in China, from Beijing to Chengdu, with most only beginning to dip their toes into the world of enterprise software. “There are going to be millions of companies that will adopt serious productivity software for the first time.”

Libin is confident that Evernote Business is the answer, and that its early entry into the country will help the service to become the de-facto productivity tool for Chinese companies. Interestingly, he believes that putting the right tools into Chinese business’ hands is far easier than convincing businesses in US and other Western markets of the merits of Evernote’s enterprise-focused solution.

“The huge advantage in China, unlike the US, is that these companies aren’t burdened by 20 years of horrible IT decisions. They don’t have all this crappy enterprise software that they can’t get rid of,” says Libin, pointing out that the lack of legacies is a huge mark in Evernote’s favor.

Since launching Evernote Business in December 2012, the company has rapidly expanded the product through a phased rollout over the course of several months. Right now, the service is available in 76 countries — 77 including China — and is being used by more than 5,000 businesses worldwide.

Going against the norm of tailoring for China

China was always part of the plan for the business service, Libin explains, although the logistics of the country meant that the launch has taken a few months to set up. That’s due to the need for support, training, billing and other dedicated local services and systems.

“We had to make sure that the experience for Chinese companies would be just as good as it is for US companies,” Libin explains.

Indeed, the Evernote Business service in China won’t differ at all from what’s already offered elsewhere. The platform will continue to offer Business notebooks for separating personal documents from work documents, as well as a collaborative Business Library for sharing notes among co-workers.

That is notable because many Western companies believe that, in order run a successful business in China, they first need to revamp their product to satisfy Chinese consumption habits. In this regard, Evernote’s philosophy is quite a break from the usual.

“All the conventional wisdom when we were going into China was, ‘This isn’t going to work; you can’t do the same thing you do in China as everywhere else. You have to do something different. The tastes are different, businesses are different, and everything is different.’ It’s not,” says Libin. “We bet on this. We hoped that this would be the case,” says Libin, “and we’re gratified and pleased that it’s coming true.”

Libin took to the stage in a keynote at last year’s GMIC Beijing, to announce its entrance into the Chinese market back in 2012 with the introduction of a standalone Chinese version of Evernote called Yinxiang Biji. He says that, one year later, the service is going “great” with just over 4 million users and more than 17 staff located in the office in Beijing.

“We got that the slow way. There are no tricks. There’s no bundle deals, no weird promotion, just organic word of mouth,” he says.

As a product-focused firm, Evernote isn’t particularly concerned with growing its userbase quickly, and it doesn’t plan on sacrificing its principles any time soon either.

“We don’t want to do a pure marketing collaboration where we’re paying to promote Evernote to other company’s users and we’re selling them data,” says Libin.

The Evernote CEO and founder isn’t offering any clues about what the US firm has on its roadmap, but it its recent integration with Korea messenger KakaoTalk is anything to go by, we can expect Asia to continue to be a focus as well as other more ‘social’ mediums.

Read next: Rovio introduces Accounts to allow gamers to save and play games across different devices