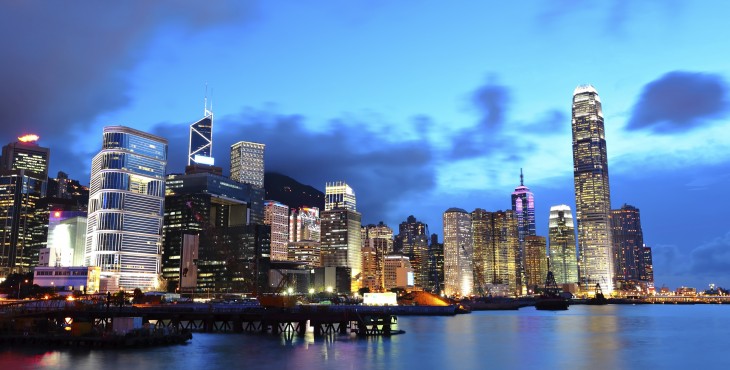 “For any startup where mobile is important, being based in Hong Kong is like jumping forward into the future because this is the most diverse mobile market in the world. AcceleratorHK has clearly recognized this and hence their focus on mobile. For early stage startups where mobile is important, being a part of AcceleratorHK is like triple jumping forward into the future because they just get more done faster.”

We first spoke with the accelerator’s founders Stephen Forte and Paul Orlando back when they were just getting started, so now that the class is finished, we circled back with them to find out how things went.

How was the first class? What were a few of your favorite moments?

Stephen Forte: The first cohort of AcceleratorHK far exceeded our expectations. The passion and quality of the cohort was outstanding. Some of my favorite moments are on Demo Day when Carlos from Mexico did his first presentation in English and totally rocked it, the first team to “pivot” or change their plans, and lastly I have fond memories of a group hike we all did in the Sai Kung region one weekend.

Paul Orlando: The startups really get to know each other well since they’re in an intense three-month program together, sharing many experiences. For many of them, the accelerator becomes a new set of friends or even a second family. One of my favorite unexpected moments: contrary to most startup people, I hadn’t owned a pair of jeans in something like 18 years and so the cohort brought me to a store, chipped in and got me a pair of jeans which I now feel like I need to wear at every demo day.

Your accelerator is focused on mobile cross-platform companies. Were there any other themes among the startups that you brought together? What’s a lesson or skill that many of them found valuable to learn?

SF: All the teams struggled in defining their initial target segment. The segment is so important at this stage insofar as it defines your value proposition, your costs, basically everything.  Paul and I helped them refine and focus on the segment each week in their one-to-one conversations with us. In addition, a lot of teams struggled with incorporation, founder equity split, setting up advisors and a board, as well as funding post the program. We will have more of a focus on that this time around.

PO: We’re also really looking for people who are coachable. I expect that people are smart and hardworking when they come in the door. Being open to new ideas, input from mentors and others in the program and also contributing a lot makes for a great startup participant.

In what ways did the Hong Kong location contribute to the success of the accelerator? How has the region’s tech scene been developing over the past few months?

SF: Hong Kong is the perfect place to come and validate your mobile app for several reasons. First, this place is mobile crazy: with seven mobile phone providers, almost 200% mobile phone penetration, Facebook’s largest market per capita, Hong Kong is a mobile paradise. You want to find a place where 85-year-olds use smartphones? Hong Kong. What about 8-years-olds? Hong Kong. Taxi drivers? Hong Kong. And everything in between. Second, the small size of the market, proximity to the huge Chinese market, and bilingual and cosmopolitan population force you to think global from the start. This does not happen in Silicon Valley, their idea of “going global” is to target New York.

The tech scene over the past 6 months or so has exploded in both Hong Kong and the surrounding region. There are twice as many events and programs as there were before.

PO: I came back to Hong Kong (where I had previously worked) from New York only last summer. The interesting thing for me has been how much Hong Kong reminds me of the New York startup community circa 2008 or 2009. I see a lot of the same developments – more people choosing to follow their passion, getting out there to test ideas, finding others to work with. I’ve been amazed at how quickly things are growing here.

One of the benefits of Hong Kong that people who haven’t lived or worked here might not know is that it’s an incredibly social place where the average person likes to connect you with others. That means that it can be easier to get things going here in less time than elsewhere. Also, since Hong Kong is a place with a lot of people from all over the world, startups here often start thinking global quite early on.

What’s next for participants?

SF: All the companies that graduated cohort #1 are viable businesses so the next step is to build their customer base out from the initial traction they got after demo day. Some companies are looking for funding from angel investors in Hong Kong and in the region. One team, Pay Allies, was accepted into the very prestigious incubator, Startup-Chile, a six month incubator based in Santiago, Chile. The real hard work starts now: working with real live paying customers.

PO: Three months in the accelerator is enough time to test your ideas and get real data, build something you can demo and learn a ton. Realistically, it’s also not that much time in the lifecycle of a business so I know that the startups still have a lot more work to do. The startups in the first cohort are all continuing to test and build and we’ll keep supporting them.

What are your plans for AcceleratorHK? Will you open up for a second class?

SF: The next cohort will take place in Hong Kong from May 11th until August 16th. We have a spectacular co-working space in Hong Kong, The Good Lab, for the cohort to work during the entire program. We’ll do our Friday check-in meetings, weekly scrum, and 1:1s there as well. We will start things a little differently this time around. We will start the program with a weekend field trip in Shenzhen visiting the Huaqiang component markets and Startup Weekend Shenzhen on May 11th and 12th and end the program with Demo Day in Hong Kong the week of August 12th. Our application is open until April 15th.

PO: We learned a lot by running the first cohort and believe that we should also treat ourselves like a startup — figuring out what we need to learn, trying new things and testing them. Something new we’ll [do] with the second cohort is a new way to get the startups out the door and learning faster. For example, a great way to learn is to “interview” potential customers — a skill that otherwise talented technologists don’t necessarily have (or even want to acquire). While you can give a workshop about how to interview customers, it’s a skill you really need to learn by doing. To speed this up, we’re going to go out into the field with the startups in order to give some immediate feedback. I call this “Gonzo interviewing,” named after Hunter S. Thompson’s journalism style.

We also stay pretty committed to the startups that graduate from AcceleratorHK. For example, we continue to work with the startups after graduation, whether in person or via Skype, where we continue to be a sounding board for their ideas and challenges. We are really hands on during the program and feel that continuing some of that support helps the startups continue their own growth.

TNW: Hong Kong’s one of the most mobile, and international cities in the world, so AcceleratorHK’s program is a natural fit for startups, even if they’re not necessarily focused on the Asian market. The company is looking for startups that are working on cross-platform mobile products for its second class. If you fit the bill, head here to apply.