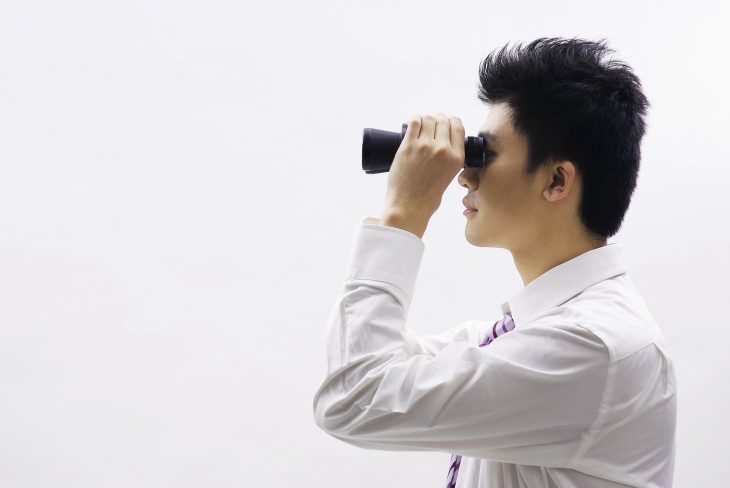 Language barriers and governmental efforts to keep the local Internet separate from its foreign counterpart are formidable obstacles,  but more and more Chinese startups are attracting global attention. 2013 should be a breakout year for a number of them, here’s a list of 11 companies to look out for.

You’re probably used to hearing about Xiaomi a lot here at The Next Web, but that’s because we believe they’re one of the hottest startups in China right now. Back in June 2012, the company closed a $216 million Series C round with a reported valuation of $4 billion.

After less than a year and a half of smartphone sales, Xiaomi has sold close to seven million handsets. Look for it to expand outside of mainland China in 2013, starting with Hong Kong, Taiwan and Singapore. The groundwork is being laid for an eventual US IPO, but company executives have suggested it’s still a few years out.

Xiaomi has put establishing a platform ahead of early profits, so the real test will be whether it can convert its low-margin handset sales into profit through its ecommerce side. A recent sales experiment with Sina Weibo proved successful, so we expect to see further cooperation on that front, as it could easily be a win-win for both companies. Founder Lei Jun also is involved in several other up-and-coming startups, including some farther down this list, and Xiaomi has the potential to be a hub connecting all of them.

The Android market in China is exploding, and Wandoujia is poised to take advantage of it. Android application stores in the country are a bit of a mess, so Wandoujia fills the gap with its well-rounded tool for managing apps and data.

In June, the country launched Snappea, the international version of its software. As a sort of iTunes for Android, this software could see healthy adoption overseas as well.

Chat client and gaming platform YY, also a Lei Jun company, could have earned a spot on this list just for being one of the few Chinese tech companies to IPO in the US last year. It’s doing well so far, climbing from its initial sale price of $10.50 to $14.30 in less than a month.

Beyond just the IPO, the company’s on the up and up, and the over $70 million it raised from its IPO should give it a nice boost. It has over 400 million users of its chat client and was on track to post a profit last year. Gaming and messaging are busy verticals in China, but YY has already proven itself as a contender to take on rival Tencent, China’s largest Internet company.

Mobile browser UCWeb, another one of Lei Jun’s companies, has become a juggernaut in China and India, but it’s set its sights on the whole world. With over 400 million users, it’s well on its way to the task, and it’s gearing up to make the difficult jump over to the United States.

Looking ahead this year, UCWeb’s browser will go heads up against Chinese search leader Baidu, which launched a new version of its own mobile browser back in September. In order to keep growth up, UCWeb will need to keep expanding overseas. That’s a difficult task for any Chinese startup, but it already has substantial momentum outside of China, so it should be up for the task.

Momo may have started off with a reputation as an app for coordinating one-night stands, but the team is branching out into check-ins and groupfeatures that should make it more robust of a platform.

Users have taken a liking to the service, which lets strangers located near each other chat. It hit 16 million users last August after just one year on the market.

It has already raised $40 million in Series B funding. It’s not clear yet whether the international version of Momo has the critical mass to get off the ground yet, but the ceiling in China is still a ways off.

Mingdao bills itself as a homegrown “enterprise social network.”x It has collected applications that cover task management, knowledge management and workflow. It already boasts 13,000 registered companies and says it is growing quite quickly.

Obstructions to foreign services have given Mingdao an edge in its local market. It will face competition from Evernote, which has launched its own China-specific service Yinxiang Biji and is investing heavily to reach out to businesses, but it’s a big enough space that there should be room enough for the both of them.

This is another startup that is betting on the Android revolution in China. It’s effectively a social network for Android apps that’s built to help improve application discovery. Users post apps to Swably’s servers along with a short message recommending the software. It lets users rely on social recommendations option or just peruse the global stream.

Fighting off app piracy is going to be an issue for the service, especially if it expects its English version to take off, but the Chinese market is gradually maturing with respect to upholding intellectual property, so Swably has an opportunity to lead here.

Billing itself as a “Global Visual Network”, Civo actually takes a very different approach from Momo. Rather than grouping users based on proximity, it connects people from all around the world, linking them up to share each other’s daily lives through photos.

The free service is currently iOS-only, but plans for an Android edition are already underway. The startup was founded in November 2011 and released Civo last May.

When the eight startups from Chinaccelerator’s third demo day presented this fall, Tuicool caught my eye. Founded by a former Baidu employee, it’s building an intelligent content recommendation system. With hundreds of millions of Chinese netizens surfing the Internet for things to read, Tuicool has a huge market opportunity if it can solve the issue of discovery.

The service itself could use a layer of paint from a designer, but the difficult task of laying the engineering foundation has been done. If it’s willing to play nicely with others, Tuicool could leap forward by teaming up with portals to provide the backend while its partners create the frontend.

Founder magazine recently named Megvii the winner of its Dark Horse startup competition. Its Face++ facial recognition technology looks to be powerful stuff and should help it go places. The team has also created VisionHacker Studio to build games using its face-tracking API.

With a team of researchers and engineers from “Columbia University, Oxford University, University of South California, and Tsinghua University,” it’s definitely got the brains for the job. Now to see if they can deliver on it.

While I’ve stuck to mostly mainland-based startups for this list, Taiwan deserves a nod too. Cubie’s doodling and messaging app has an uphill climb ahead of it given the glut of competing Asian messaging services, but the service has a unique style to it that makes it very sticky. If Cubie’s drawing feature catches on the way Draw Something did, it could easily have a hit on its hands.

The startup has raised $1.1 million in seed funding and was a member of the fall class of 500 Startups.

Thanks to 36Kr, China’s largest startup blog, for providing input for this article.

Read next: Starbucks now selling Square's mobile card readers in its 7,000 stores across the US