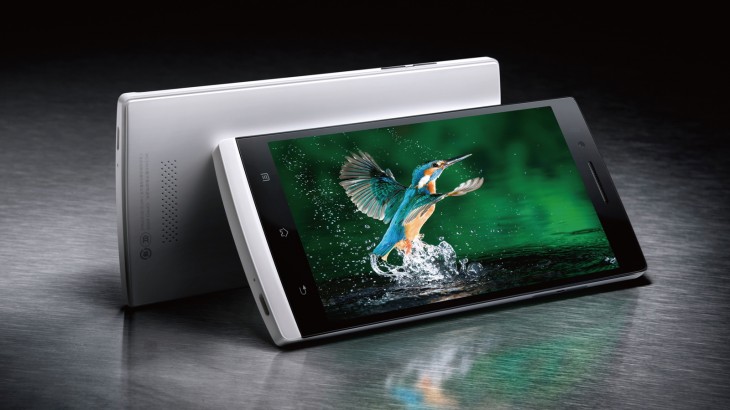 OPPO, the Chinese handset maker known for making some of the world’s thinnest smartphones, today took the wraps of its much-anticipated Find 5 Android handset, which features a 5-inch 1080P display and an impressive 13-megapixel HDR-capable camera, and is set to arrive early next year.

With the Find 5’s 13-megapixel camera and hardware-based HDR, OPPO has upped the ante on smartphone photography specs. By comparison, most of the top smartphone brands have put 8MP shooters with their handsets. Video recording goes up to a whopping 120 frames per second, and a burst mode allows up to 100 still shots to taken at a rate of 5 per second. The Find 5’s front camera has a resolution of 1.9 megapixels.

On the audio side, the Find 5 features DIRAC’s HD Sound technology. OPPO and DIRAC first announced their partnership back in May.

OPPO has packed some seriously high-end specs into this handset. Of course, specs alone do not a good smartphone make, but if the Find 5 lives up to its potential, it will set a high bar for premium Android smartphones, not just in China but internationally as well.

Though China will likely be the device’s primary market , the Find 5 is also expected to arrive in the US, priced at $499. It’s not clear, however, whether the offering will be an official launch or simply through a third-party distributor. For its part, OPPO says only that it will come to “selected markets” in early 2013.

Similar to the Xiaomi Mi2 launch this summer, OPPO’s launch was held in the 798 arts district in Beijing. The event, which took place at the Ullens Center for the Arts, included more than 500 attendees – a mix of press, fans, developers and partners.

With Oppo’s launch, all three major Chinese handset makers – Meizu, OPPO and Xiaomi – have officially announced their next-generation of flagship smartphones. Meizu launched its MX2 phone in late November, and Xiaomi announced the Mi2 in August and released it in October.

Enjoy our photos from the event below: