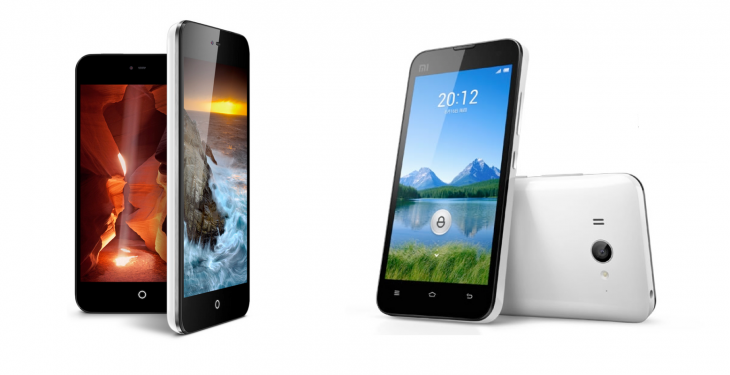 China may be better known for making smartphones than designing them, but three domestic companies are making names for themselves for their handset designs – Meizu, Oppo and Xiaomi, and they’re set to square off next month with their latest flagship models.

Xiaomi was first to the party this fall with its Mi2 smartphone, which was released at the end of October. However, production constraints have left it with a hefty backlog. The company is due to sell another batch of Mi2 and its cheaper Mi1S handsets on Thursday. Limited supply will likely carry over into early 2013, the company has said.

Meizu showed off its $400 (RMB 2,499) MX2 phone on Tuesday, though the device won’t go on sale until sometime next month. The quad-core phone is powered by a Samsung processor, dubbed the MX5S, and includes 2GB of RAM, a 4.4-inch screen and an 8-megapixel camera. As a company, Meizu has been around longer than its competitors and it was one of the first domestic smartphone makers to gain traction among locals. However, it has loss a lot of its brand cachet to Xiaomi and has entered into fierce competition with its rival.

Oppo will be the third to announce its next-generation smartphone when it unveils the Find 5 on December 12 (12/12/12). That device is expected to be more high-end than Xiaomi or Meizu’s offerings, as it is likely to have a 5-inch 1080p screen, similar to HTC’s Droid DNA/J Butterfly handset.

China’s holiday season runs later than the Western schedule since a lot of consumer shopping takes place before Chinese New Year, rather than Christmas. As such, all three companies appear poised to have their flagship devices fully ramped up before the holiday, which takes place in early February this year.

All three of them rely on Google’s Android operating system, though Xiaomi and Meizu have built their own skins on top of the OS. Though shipments from domestic makers are a fraction of overall units sold, Android has reached a near monopoly in the Chinese market as consumer have flocked to low-price smartphones.

Chinese analytics platform Umeng believes Samsung had the top two smartphone models, while the Xiaomi Mi1, which has sold more than 4 million units, came in third during the third quarter. Meizu and Oppo did not crack the top ten on Umeng’s list.

Google’s own Nexus devices have not seen widespread adoption in China, but the new Nexus 4 could pose a threat to domestic makers. Its low price, which starts at $299 in the US for the 8GB model, puts it in the same range with Xiaomi and Meizu. Google’s rocky relationship with the Chinese government could mean that the Nexus 4 will only be available through unofficial sales outlets, but any imports would presumably snatch up potential sales from local brands.

There should be plenty of room for multiple vendors among Chinese customers. Recent estimates suggest that there were as many as 200 million smartphone users in China as of October, and the country has passed the US to become the world’s largest smartphone market.

Plus, there’s always international markets if China gets too cramped for these three. While they remain primarily focused on the mainland market for now, they are beginning to look toward expansions into Greater China and Southeast Asia. Meizu opened a Hong Kong store last year, and Xiaomi plans to release its phones in Hong Kong, Taiwan and Singapore by the end of the year.

Read next: Watch Reddit co-founders Steve Huffman & Alexis Ohanian talk about how it all began