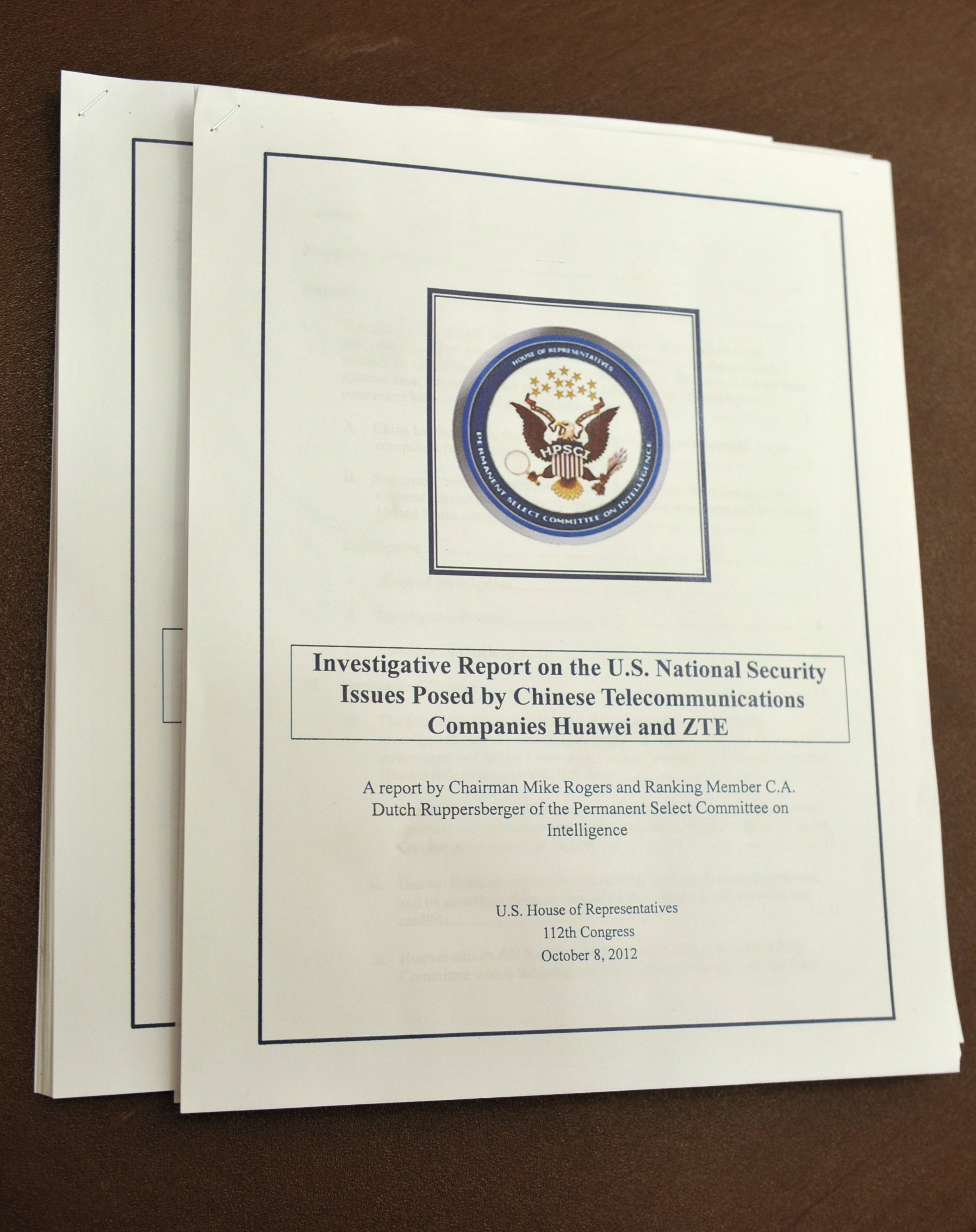 Chinese telecommunications equipment makers Huawei and ZTE are in full damage control mode after a controversial report from a US congressional intelligence committee recommended that companies and government departments avoid doing business with them due to national security concerns.

Huawei, the world’s number two maker of telecom equipment and one of the top global handset vendors, issued a statement today noting that the report “failed to provide clear information or evidence” legitimizing the concerns:

“Over the past 11 months, Huawei has cooperated with the Committee in an open and transparent manner, and engaged in good faith interaction: our top management team carried out multiple rounds of face-to-face communication with the Committee members in Washington D.C., Hong Kong, and Shenzhen; we opened our R&D area, training center, and manufacturing center to the Committee and offered a wealth of documentation, including the list of members of the Board of Directors and the Supervisory Board over the past 10 years, and the annual sales data since our establishment in 1987; we also made the list of our shareholding employees, the shares they hold, as well as information about our funding resources and financial operations available to the Committee. We adopted a transparent approach in providing this information to ensure the results are fact-based and unbiased, hoping the Committee’s objective review of our business activities and the global cyber security issue can clarify the misperception of Huawei.”

The company went so far as to suggest that the committee had already decided on a “predetermined outcome” in spite of Huawei’s best effort. The statement highlighted Huawei’s “upstanding record” during its 25-year history and voiced a commitment continue to do the best it can to provide “safe, convenient and equal access to information and communications services.”

Meanwhile, ZTE published its own statement on Tuesday, asserting that its equipment is “safe and poses no threat to US telecommunications infrastructure” because of its Trusted Delivery Model. The company maintained that it had presented congress with “ample facts” proving that ZTE is “China’s most transparent, independent, globally focused, publicly traded telecom company.”

David Dai Shu, ZTE’s director of global public affairs, said that the committee’s finding that it may be subject to state influence would apply to “any company operating in China.” He then suggested that Congress add Western companies manufacturing their equipment in China to the list.

“Particularly given the severity of the Committee’s recommendations, ZTE recommends that the Committee’s investigation be extended to include every company making equipment in China, including the Western vendors. That is the only way to truly protect US equipment and US national security. National security experts agree that a Trusted Delivery Model will strengthen national security. In fact, major US carriers are increasingly requiring Trusted Delivery Model in their contracts.”

One of the issues that is muddying the waters with the investigation is the fact that the public report doesn’t provide any hard evidence of a security threat on Huawei’s or ZTE’s part. There have, however, been allegations of visa impropriety, bribery, corruption and software piracy. Furthermore, there is a classified appendix that ostensibly contains further details on the committee’s concerns.

Following the news of the congressional report, some Chinese nationalists were quick to criticize the House Intelligence Committee as being protectionist or anti-China. Beijing-based law professor Stan Abrams’ response to those claims over at China Hearsay is definitely worth a read. He notes:

“Although the report certainly isn’t perfect, and I disagree with some of the statements made by the Committee members, I fail to see a nefarious motive here. It seems that some critics are using “protectionism” and “China bashing” as shortcuts instead of taking the time to develop a well-reasoned argument against the content of the report itself.”

Adding insult to injury, Cisco just announced that it has severed ties with ZTE after an internal investigation discovered that the company had sold banned Cisco equipment to Iran, which is under embargo by the US government. ZTE’s general counsel told the FBI that management had considered a cover up after a Reuters report outed the dealings.

Dai Shu responded to the decision yesterday: “ZTE is highly concerned with the matter and is communicating with Cisco. At the same time, ZTE is actively cooperating with the U.S. government about the probe to Iran. We believe it will be properly addressed.”

Somewhat ironically, the two partnered up seven years ago in an effort to compete against Huawei.