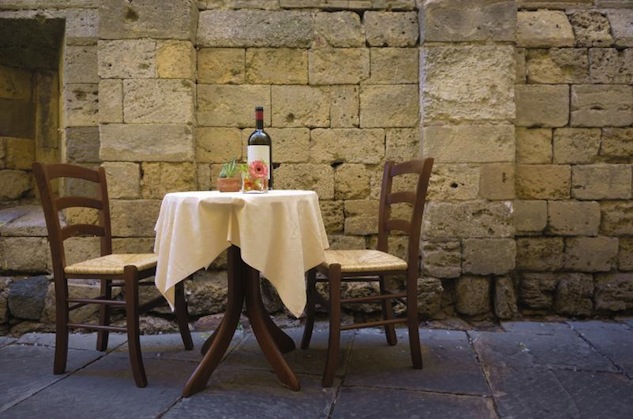 iPhone owners might not have reputations as Romeos or Casanovas, but a new report out of China suggests that they are at least more romantic than Android owners. Dianping.com, often referred to as the Chinese Yelp, has revealed that users of its mobile app for iPhone tend to prefer a more “elegant and romantic lifestyle,” while Android users were found to have a “more common lifestyle.”

In its first Mobile Lifestyle Report, the Shanghai, China-based company highlighted the “explosive growth” in usage of mobile apps, noting that daily views on the company’s mobile apps now exceed views from PCs. Dianping’s data lines up with other recent figures that show Chinese mobile Internet users surpassed desktop Internet users in the first half of 2012.

Though Dianping didn’t elaborate much on what it meant by “elegant” and “romantic,” it did reveal that 54 percent of iPhone users choose restaurants costing at least CNY80 ($13) per head, compared to 46 percent of Android users selecting restaurants that cost CNY50 ($8) or less.

Earlier data released by the company indicated that 23 percent of iPhone users and 13 percent on Android spend more than CNY200 per order, as noted by Tech in Asia. That spending disparity can likely be chalked up to demographics, as low-end Android phones make up a large percentage of the Chinese mobile market.

Since its founding in 2003, Dianping has grown into a giant in the Chinese review and local-services industry. It has seen success with group buy discounts and SMS coupons where a number of Groupon copycats have stumbled. In the second quarter of 2012, the site had 48 million monthly active users and almost one billion monthly page views.