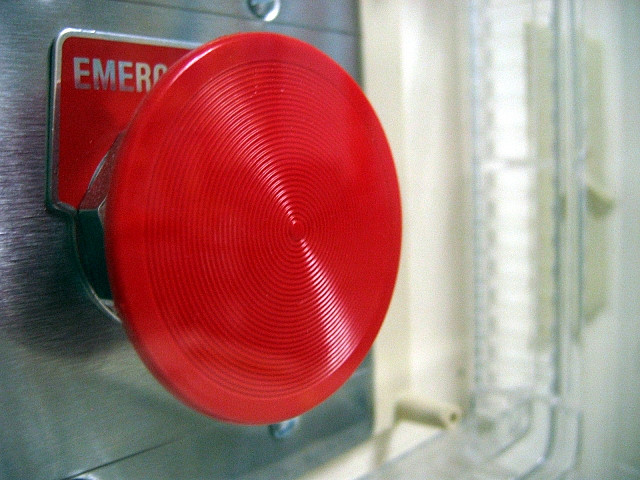 Welcome to the first Last Week in Asia round-up which gives you a clear picture on the key stories and developments that took place in the continent’s technology and Internet spaces.

You may have noticed a number of our subject channels at The Next Web have introduced weekly round-ups and, given the sheer size of Asia and its growing significance for tech companies, we’ve started an Asia recap to summarise the week’s key stories from the region.

China-based Stenvall Skoeld revealed its estimation that there are 21 million iOS devices in the country with urban areas dominating. That’s no real surprise in itself, but the sheer difference between rural-urban China is greater than the digital divide in other countries.

Despite Apple’s growth, Android remains the biggest player and data from Analysys showed Android has now finally toppled Nokia Symbian on sales, and it is outselling Apple by a rate of ten-to-one in China.

The mysterious story of the week comes from China where a brief Internet blockage occurred on Thursday morning. As the Wall Street Journal‘s China Realtime blog explains, for almost two hours, Internet users in China were unable to access overseas sites, while those outside of the country, including nearby Hong Kong, were locked out of Chinese sites like Sina Weibo.

The blackout came during an intense period following the fall of a rising political star, and it was not explained by Chinese officials – which is no surprise given that they do not acknowledge their ‘Great Firewall’ censorship policy.

As Rick Martin at Tech In Asia speculates, it is easy to read too much into a brief issue but it is clear that Chinese Internet users remain jumpy, and for good reason. That said, new insight suggests the government may have filtered the entire Web by accident after flipping a ‘kill switch’, as WSJ China Realtime explains:

Although Mr. Prince stresses that their conclusions remain speculative, he said the fact that non-HTTP traffic continued likely points to the cut off being the result of web filtering.

An engineer at [network analysis firm CloudFlare] who declined to be named said: “Non-HTTP (or DNS) traffic was able to pass, which suggests that someone made a mistake when filtering something – likely they filtered the entire internet.”

If correct the existence of a ‘switch’ is concerning, and it follows the state recently shutting-down comments on Weibo, while China’s three biggest Web firms have vowed to help fight online rumours.

Online commerce in China was the subject of new research from the Boston Consulting Group, which revealed China’s e-commerce market is set to triple to be worth $360 billion by 2014. That’s staggering, and it’s no wonder firms like PayPal want to get in now.

Elsewhere in China’s tech scene we got wind of more information about Delicious’ dedicated China service — Mei.fm — Viadeo’s Chinese business network Tianji is getting a $10 million boost, US analytics firm Gnip revealed it is pulling data from Sina Weibo and Google launched its real-time ad service in China.

The highlight of the week in India saw Bharti Airtel become the country’s first operator to introduce 4G, as it began a service in Kolkota. Initially dongle-only, Airtel CEO Sanjay Kapoor believes that the service has the potential to drive “fundamental changes in society” in the country once fully up and running. 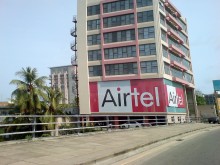 Rival carrier Reliance is expected to introduce its service by the middle of the year to give India one of the fastest jumps from 3G to 4G. At this stage, however, the cost of the network itself is high, as PluggedIn points out, while the lack of compatible devices means the mobile service will come later.

It isn’t all smiles and celebration and some have questioned the authenticity of Airtel’s new 4G network. One blogger claims to have “busted the myth” as the 4G is in fact simply 3GPP LTE, known as ‘4G’ for marketing purposes.

Either way, Indian users won’t care what it’s called as long as it delivers a better quality service.

US retail giant Walmart is rumored to be the next major Western firm to jump into India’s burgeoning e-commerce market. A report suggested that, following the arrival of Amazon, Walmart is investigating the scene in India.

With Internet penetration at less than 10 percent in the country, mobile is tipped to help Web access grow massively, which has the potential to grow India’s e-commerce market into one of the world’s most lucrative.

Japanese giant Sony continued to make headlines. Fresh from announcing that it anticipates massive $6.4 billion net loss, the company announced plans to shed 10,000 staff as part of “restructuring” that it expects will cost close to $1 billion this year.

More positive news in Japan saw Twitter select the country as the first in Asia to get brand pages, though it hasn’t revealed when other markets in the continent will get the service.

Twitter has become mainstream in Japan and two other Western services are looking to follow it and up their game in the country. As Asiajin reports. Amazon chief Jeff Bezos wants to introduce the Kindle to Japan and increase overall sales there by 30 percent, while Hulu has cut its prices to appeal to Japanese net users.

Authorities in Singapore have revealed that they aniticpate opening the country’s 4G auctions this year, which is expected to meaning that services could be introduced by 2016, as ZDNet Asia reported.

Mobile music service Akazoo is plotting a move to expand across Southeast Asia, as Daily Social revealed. The service is already active in Singapore, Malaysia, Thailand, and other markets worldwide, and Indonesia is one 12 international markets that are next on its list. 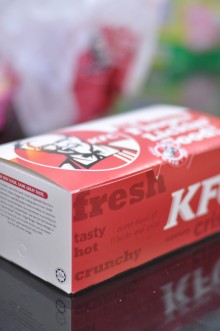 The effects of an earthquake in Indonesia this week prompted tsunami warnings in Thailand — which was struck by a devastating tsunami in 2004 — and also caused a social media sir after KFC used the concern to promote its service.

The Thai branch of the company has duly apologised for suggesting that a trip to KFC was in order as part of the evacuation. It is quite staggering but that was what the official Facebook page suggested:

The Colonel and his company are popular in the country but this promotion clearly overstepped the mark.

This week we’re putting the spotlight on two Asia-based firms that we recently reviewed in detail, both of which are providing unique additional services to two of the Web’s biggest social networks.

Twitmusic is a service that marries free music online with the power (and virality) of Twitter. The service lets users listen to music (for free) and spread word of what they rate, what they love and what they’re listening to right now.

For artists, many of whom have realised the potential to engage with fans via Twitter, the service helps get word of their tracks to fans and potential new listeners through the Twitmusic site, which is optimised to make the most of the microblogging service.

Take a look at what we wrote about Twitmusic, following a chat with one of its co-founders, for more information.

Beepmo is adding social discovery to LinkedIn. ‘Social discovery’ has become quite the buzzword in tech, thanks to apps like Highlight, but — in simple terms — Beepmo helps LinkedIn users find and connect with relevant contacts that are close to them.

The mobile app, which is built for Asia, has obvious merits for events, and to that point it is working with event organisers. There is also benefit for end users as it makes networking on LinkedIn as convenient as checking into Foursquare.

Given that LinkedIn now has more than 150 million users, of which 25 million are in Asia (where it is growing at a fast pace) we think Beepmo is bringing something fresh to the service, and therefore worth a look for that reason alone.

Beepmo is free but the app is currently limited to the iPhone, although the company told us that Android and BlackBerry versions will be coming soon.

Take a look at our review or download the app for your iPhone.

That’s all for this week until next Sunday – you can follow all of our Last Week in Asia round-ups here.