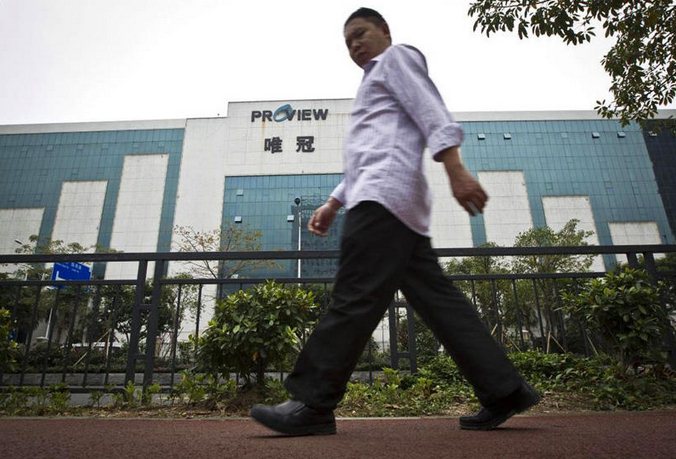 Precious little is known about Taiwanese firm Proview, but a notable fact about the company is that that it legally holds the rights to the iPad trademark in China.

The company’s challenge to Apple’s use of iPad, which began back in 2010, has seen a serious legal case build up, which Apple is appealing. On the business side of things, a trade ban has been mooted and already stores across two cities and two Web-based retailers have removed the iPad from their websites.

According to photos from a Caixin article [Chinese], the former factory registered to Proview is quite different to that of Apple:

The facility is reported to be based in the Sha Tau Kok Free Trade Zone in the Yantian District of Shenzhen.

You can see the entire collection of photos at the Caixin article.

The New York Times‘ claims that Proview is insolvent despite its efforts fighting Apple on the trademark. However, we have heard that this may not be the case and the company may have until later this year to avoid slipping into financial mire, something which a pay-out from Apple could remedy.

However, what is for sure is that it has seen its business fall drastically, as the NYT explains:

Proview, based in Hong Kong, was once one of the world’s biggest makers of computer displays. But it fell into financial difficulties and was delisted by the Hong Kong stock exchange in 2010.

Just for the sake of comparison, Apple has more than 300 retails stores worldwide — including 5 in China — and it is also planning an incredible ‘space ship’ campus:

Despite all the wealth, only one of the firms holds the legal right to use the term iPad in China…and it isn’t the one that makes the products, just yet, at least.