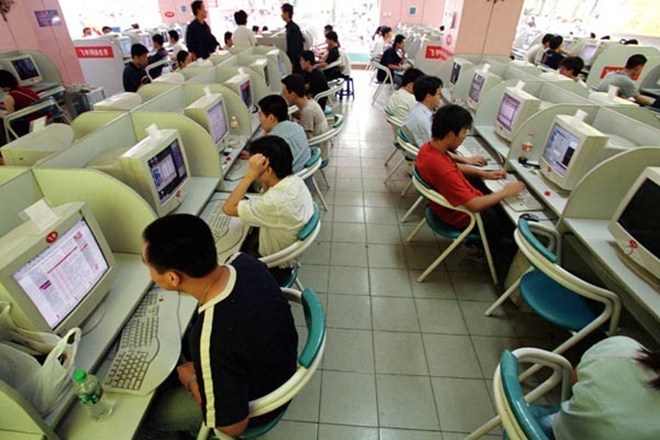 The mother of an Internet-obsessed 11 year old boy in China knifed her son after growing distraught by his Web-gaming addiction, which saw him regularly steal money from her, according to the Shanghaiist blog which cites a Chinese news story.

The boy, who has been identified by the alias of Dongdong and lives with his parents in central Chinese province Hubei, is reported to have started using the Internet a few months ago when he began playing online games at a local ‘black’ Internet bar.

By using a ‘black’ bar, Dongdong overcame ID requirements that restrict Internet and gaming activity, particularly amongst children. Over time, his usage fuelled an addiction that saw him regularly steal money from his parents or “lose” the change when he was sent to buy groceries for them.

Things went further than usual one night when the boy left his parents after dinner, having pocketed his mother’s money, only to be found playing away at a Internet cafe. His parents took him home and, after reportedly beating him with a laundry rack, his distressed mother sliced into his leg with a kitchen knife. 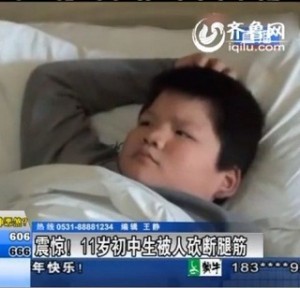 Corporal punishment is common in China, where it is even encouraged in parenting — as the Shanghaiist points out — but this case demonstrates the issue of black Internet bars which flout regulations that are designed to keep kids from overdosing on the Internet and gaming.

A number of countries have moved to restrict or curfew young Internet users, but Korea and Singapore have, like China, both found that the regulations have not erased problems.

China is notable for crazy stories which show the emphasis that its people place on gaming and gadgets. Last year, a Chinese student sold his kidney to buy an iPad while a teenage girl in the country was reported to be offering her virginity in order to buy an iPhone 4. Equally as shocking was the news that a Chinese couple were selling their children to pay for video games.