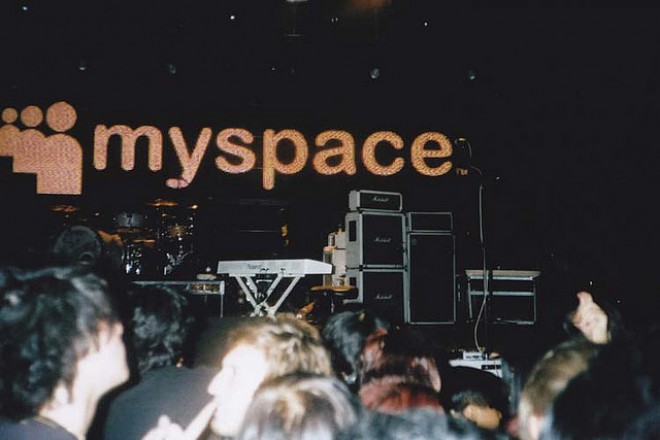 It was once one of the Internet’s heavyweights, but these days MySpace is a pale shade of its former glory. Proof in point, word has it that News Corp will close the Japanese version of the site from February 1 next year, a little over 5 years after first opening it.

The shuttering of its operations in Toyko, which is reported by Japan’s IT Media and cited by Japanese Internet watcher Serkan Toto, is not a huge surprise as the company’s joint venture with operator Softbank never challenged the country’s most popular services, recording just 1.09 million users as of August this year.

The withdrawal is particularly significant as it comes at a time when foreign social media services are more prominent than ever in Japan. Twitter’s success story in the country is well known, with CEO Dick Costalo calling its operations there “a model for international growth” and co-founder Jack Dorsey is equally as pleased.

To give some idea of its popularity, it was recently found to account for 52 percent of all sharing in Japan and Twitters user over there just smashed the record for tweets, recording an incredible average of 25,088 per second during the screening of a popular film.

Equally, Facebook is showing positive growth signs in Japan too. In a market that is typically inward focusing — with Japanese services preferred to those from overseas — it is posting strong growth figures, and has more than 6 million users in the country. According to social media analytics firm Socialbakers, Facebook has seen user numbers in Japan jump 69 percent over the last six months.

Indeed, Facebook’s rise to prominence was a key reason behind a recent move which saw Japan’s top social network Mixi — which has 25 million registered users — to team up with Twitter earlier this month.

So, given this backdrop of success in Japan, it is a sorry story to see MySpace making plans to officially exit the country, although its service will continue to be available for those that use it there.

MySpace has endured a disastrous time in Asia, and across much of the rest of the world as Rupert Murdoch has admitted. Aside from struggling in Japan, the company flopped out in China, where Murdoch’s wife Wendi Deng was paid $300,000 to provide “strategic advice” despite having little relevant experience for the role.

MySpace also closed its Australia office in May this year, but recent figures from comScore showed that the site saw 28.4 million visitors during October in the US, suggesting that perhaps all hope is not lost for the service.

While News Corp sold MySpace to Specific Media in June, it kept control of its Japanese operation alongside leading operator SoftBank, with each party owning 50 percent of the venture.

Update: Reuters has more details of the closure, explaining that MySpace Japan will be liquidated at the end of January, with News Corp taking over SoftaBank’s 50 percent share in the company thereafter.