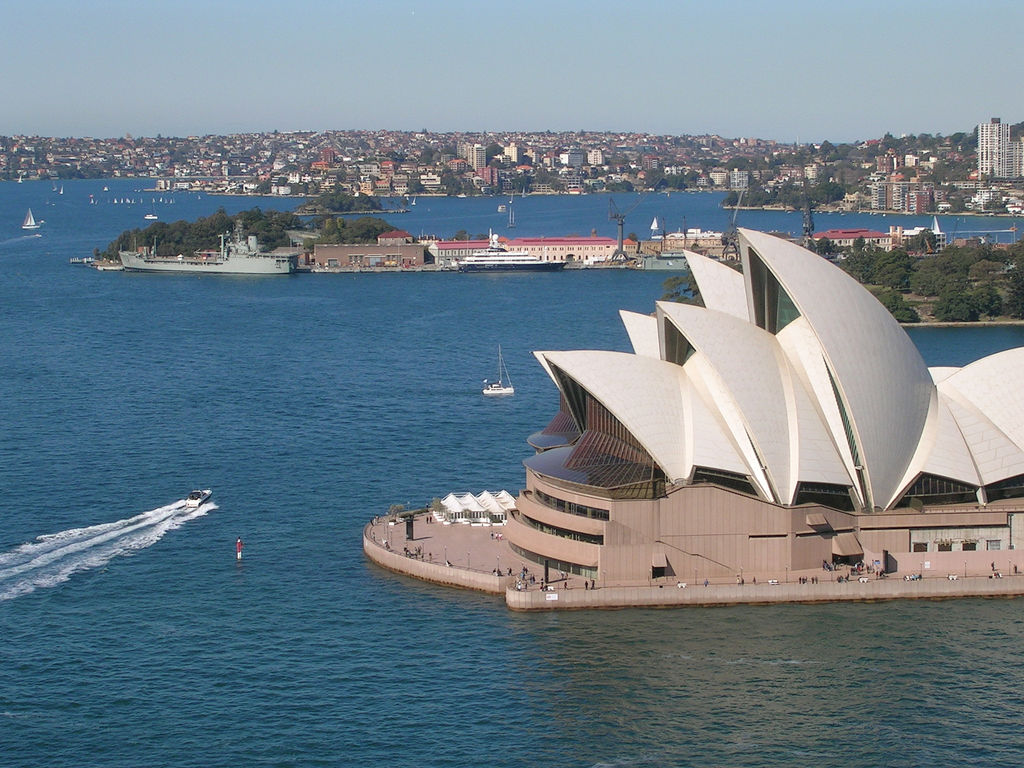 Similarities in language and culture, as well as huge potential audience, make China the most logical target for tech firms in Taiwan that are seeking overseas opportunities. One startup is, however, forgoing the conventional focus on China in favour of Australia.

Simsix, a Taipei-based provider of mobile payment services, believes Australia is a more lucrative first portal of call outside of Taiwan, according to Vincent Ding, the CEO and founder of the company:

Comparatively, the two markets are relatively similar in size, however Australia’s GDP and prices are much higher than those of Taiwan. It’s a more mature market for paid-for services in terms of applications, and has a high use of smartphones.

Australia has the second highest rate of smartphone use in the world, behind only Singapore, according to a report published by Google in August, and that is just one indicator of the potential that markets in Asia Pacific have for mobile firms, Ding says:

As smartphone penetration is high and the markets in Asia Pacific are more open to new service models. We believe that it is worth the time, effort and investment of resources to look at these markets first.

With its slightly unconventional focus, Simsix plans to introduce its GoLook electronic member card app in Australia next month, just in time for the height of the Christmas shopping season. The company is working in cooperation with Australian boutique telecoms provider Etel to promote the app, which will be available for iPhone and Android devices.

Ding says that Simix is planning to work with local partners to raise awareness of its technology amongst the business community, although he is optimistic that the company will be in a position to open an Australian office in 2012.

One key reason reason behind its partnership with Etel is the opportunity to engage with the large number of expatriated Chinese who use its low-cost calling service to stay in touch with family in China, Taiwan and elsewhere. The potential is significant, as Ding reveals:

There are 1.8 million overseas Chinese in Australia. That is a niche market but one that we are somewhat familiar with. A lot of our target audience will be the Chinese and Vietnamese restaurant owners in Australia’s cosmopolitan cities.

Launched officially in July at Taiwan’s IDEAS Show, GoLook expects to reach 5,000 locations across its native Taiwan by the end of the year. Its client base currently boasts more than 400 merchants, which includes Pizza Hut, Giordano, Orange House, Kanpai Japanese BBQ, Chinese group-buying site Lashou and a significant number of small restaurants in Taiwan.

GoLook isn’t solely aimed at the restaurant industry, however. Showlin, one of Taiwan’s largest chains of hair salons, joined the service this September to allow the GoLook app to be used in its 248 stores nationwide. Its service even includes nail bars, pet hospitals and other services, which helps to explain GoLook’s rapid growth in Taiwan.

Ding reveals that the company is keen to push itself into new markets to avoid covering just one of two verticals. He further outlines the vast scope that he believes the service offers:

GoLook is more than just a loyalty card app. It can support e-tickets for concerts or events can be used as a form of ID or certification, you could book restaurants and hotel rooms through it as well.

Twenty universities in Taiwan have expressed an interest in issuing their student ID cards via GoLook, and we have also been approached by FoxConn, UMC and others who were interested in using our service for their employees.

It takes time to educate traditional businesses about the benefits of using GoLook, but as more and more people get used to smartphone technology, we believe it will be easier.

Like with almost every Taiwanese company, China remains a focus for Simsix despite its initiaal prioritisation of Australia.

For now, it is difficult for us to move into China. These modern markets like Australia are more flexible and willing to try new service models, where as China is a different story.

Might this be a move that prompts other Taiwanese firms to follow suit? James Hill, who works for Taiwanese IT think tank III, believes that the country’s startups are increasingly looking at alternative markets other than China:

Startups here are finding new avenues to grow. Entering the Chinese market is fraught with obstacles and the constant risk of being C2Ced (Copied to China), so sometimes it’s more logical to concentrate on places that offer a stable legal environment and growth rates not found in most of the developed world.

South East Asia could well become the next ‘hot’ market. There is an opportunity there for many firms, including Taiwanese companies, that can leverage the large numbers of migrants from these countries alongside existing commercial relationships.

Southeast Asia’s smartphone industry is showing significant growth potential although it is yet to reach the maturity of Australia, or even Singapore which is quite a unique market in the region.

As for Taiwan itself, Hill believes that the country’s startup community is showing significant promise.

I really think Taiwan has reached a tipping point insofar as people are starting to think of the island for more than just its hardware industry. Quite a few international startups, including Evernote, Mediba and others, are paying attention to what is happening here, and the investors like CyberAgent are beginning to move in and think of Taiwan in terms of untapped potential.

Mozilla joined Japanese venture capitalist firm CyberAgent in opening an office in the country recently and, even as interest from overseas tech firms continues to developing an interest in the Taiwanese market, so too are more Taiwanese firms exploring the potential of overseas’ markets.

Read next: TouchPad update brings Siri dictation to a Mac or PC near you