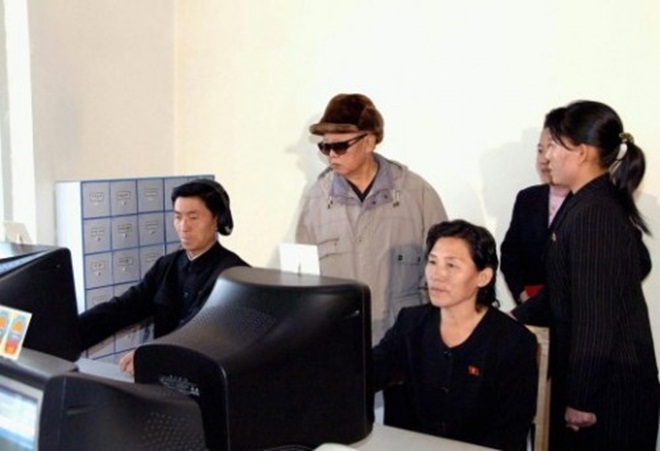 An unprecedented growth in the ownership of mobile phones is putting technology laggard North Korea “on the cusp of digital transformation”, according to a new report on the development of technology in the country.

The research from The Nautilus Institute concludes that an increase in the availability and ownership of mobile phones — which has seen the main operator post 361 percent subscriber growth — is forcing the communist state to change the way it monitors and addresses citizen communication in the country.

Rather than disable its population from communicating through modern technology, the report states that increasing communication options have forced rulers to deter North Koreans from posting ‘unsuitable comments’ but handing out strong punishment to those caught offending.

While traditionally, the State Security Department monitored most communications on a daily basis, the implication of this explosion of mobile phone use is that communication in North Korea has transitioned from a panopticon of total control to a voluntary compliance system where the government makes an example of a select group to try and force the rest of the country to stay in line.

The report looks in depth at a number of technology indicators in the country but its account of the development of mobile technology and the continued restriction of Internet access is particularly insightful.

Despite advances the number of North Koreans with access to phones remains tiny. Just 1.1 million (less than 5 percent) of its 24.5 million population owning a tradition, fixed telephone while the country’s 3G network, described as “world class”, has estimated 700,000 users.

Despite these low numbers, there is increasing opportunities for North Koreans that are not yet mobile phone users, according to the report.

The country’s main opeator Koryolink, which increased its subscriber base 361 percent to reach 666,517 in the first half of 2011, has been allowed to focus on growing its user base without objection from the government. This acceptance of increased access to mobile suggests that the company, and mobile industry itself, is likely to continue to post impressive growth figures are more North Korean become mobile phone users.

When it comes to handsets, things are opening up too albeit to a lesser degree. While mobile phones were priced around $750 dollars ten years ago — that’s the equivalent of 28 years of wages for an ordinary North Korean worker — prices have lowered considerably. According to the report, handset start from around $250 which has made them more affordable to more but they continue to be out of the range for most North Koreans.

While the cost of mobile service has lessened to the extent that it affordable to the average North Korean, many are kept from signing up by the still exorbitant cost of a device – for now at least.

While mobile has opened in North Korea, Internet access remains closed to the overwhelming majority of the country. In its place, North Korea has “Kwangmyong”, a closed network intranet which hosts between 1,300 and 5,500 pages of information from state departments. It is not connected to the World Wide Web and remains inaccessible to foreigners living in the country.

Kwangmyong can be accessed from public e-libraries, Internet cafes, and workplaces on what is curiously described as “a need to know basis”.

The report goes on to illustrate just how closed the Internet remains in the country with few even aware that it exists.

With a few exceptions, including possibly several hundred elite families, individuals are not allowed yet to have private access to the global Internet.

Regardless, the general population does not feel disadvantaged or deprived at not being able to use the Internet because it has very little knowledge of it, and it has never actively used even the intranet.

It is safe to say that only the central party, national security units, and some Cabinet-level government organizations, as well as foreign diplomatic missions, joint ventures, and foreign individuals staying in Pyongyang can have “full but monitored” access to the Internet.

In spite of restrictions there are three Internet cafes in the country, the first of which opened to foreigners only in 2002. However, with a state-imposed rate of 500 won per hour — around a quarter of the monthly salary of the average worker — access remains restricted.

A full copy of the fascinating report, which is authored by North Korean expert Alexandre Mansourov, can be found here (PDF).