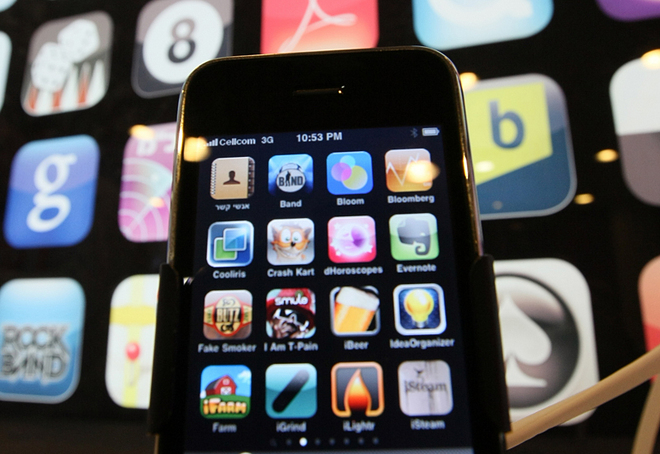 China is now the world’s second largest mobile application market after charting a huge increase in app store usage this year, according to new data published by Flurrry.

Data from the mobile app marketing firm ranks China top of the world’s fastest growing app markets clocking an 870 increase in app session usage during 2011 to date, that’s based on Android and iOS only users only.

The chart below, which looks at data from the world’s biggest application markets only — i.e. countries where a minimum of 10 million app sessions were logged this year — also sees Asia well represented with India (398 percent), Thailand (351 percent) and Taiwan (328 percent) almost the top ten biggest growers.

But it is China’s “astronomical” that is the highlight as Flurry’s Peter Farago explains.

While the top 100 countries are averaging session growth of over 200%, China is delivering more than four times this growth rate, spurred by a massive population voraciously adopting applications.

We knew there were a lot of people in China, and that they’ve skipped over fixed wire to wireless technology adoption (as do most emerging economies), but we didn’t expect adoption of more premium iOS and Android handsets, and therefore apps, this quickly.”

This growth helped make China the world’s second largest app market behind the US based on new Android and iOS downloads in October.

China’s increased demand for application is demonstrated in two ways, according to Flurry, with similar growth rates reported for average ‘session’ time in app stores and, equally, a growing rate of new app store visitors and customers, as Farago explains.

As one of the fastest modernizing and largest countries in the world, the adoption of mobile apps in China is unprecedented. Whether studying China by existing app session generated or new demand for apps, the growth rates are similar.

Flurry explains China’s emergence citing the growth of middle class affluence, which has increased smartphone ownership and usage amongst its 1.4 billion population, with lower-cost Android devices a particularly key driver.

With Flurry noting a decrease in app store activity in the US, there is a possibility that China could overtake the US to take the top spot by the end of 2013, but that assumes that both countries would continue growth at the the same rate.

The company’s measurement system identifies app customers from the country store they download from, while it also measures user sessions in app stores based on the cumulative time that customers spend there.

According to Paid Content, Flurry’s analytics recorded activity by more than 12,000 apps, which it estimates account for one third of all daily downloads. The company most recently recorded 20 billion app sessions in October, doubling its count fir January.

Given the fragmentation of Android app stores in China, it is unlikely that Flurry measures Android downloads outside of the official Android Market store, which had issues in the country last month and is not widely used.

Bearing that in mind, it is missing the sizeable ‘grey market’ downloads in China but, while no data set can measure every app download across the world, the scope of Flurry’s system gives its report findings real significance as a global comparison.