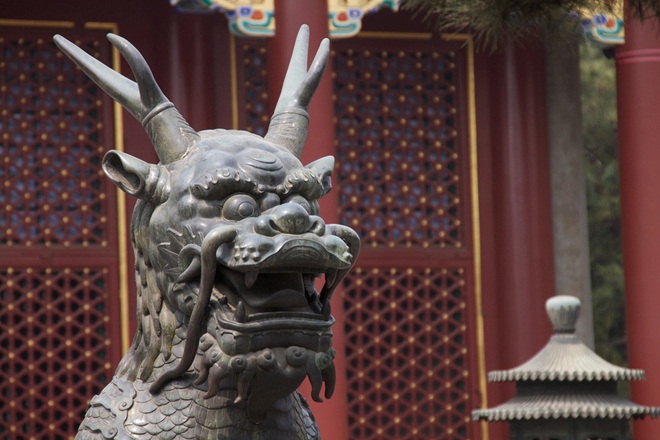 The tech scene in China is booming. I’m sure that this statement will not surprise anyone, but what is often overlooked is just how much it’s booming.

Over the past five days alone, three major pieces of news have demonstrated not only China’s potential but the size of its current opportunities.

What is more astounding is that China Mobile has 10 million iPhone users, despite it not actually having an agreement with Apple, yet. The figure, which the company announced this week, dwarfs China Unicom, the country’s exclusive Apple partner, which reached one million iPhone users in November 2010.

The company is leading the fast growing online search market in China, with the company accounting for 77.7 percent of the industry’s review. As we reported earlier this week, that market is colossal with a new report estimating that revenues grew 77.8 percent over the last twelve months to account for a massive $866 million (RMB5.5 billion).

Commenting on the growth and potential of the market, Company CEO Robin Li said.

China’s search industry is still in its early stages, and as the clear industry leader we see enormous room for continuing growth as users and online marketing customers become increasingly sophisticated.

And finally this week, Chinese microblogging giant Sina revealed that its weibo service has passed 250 million registered users, as TechRice reports. That puts the total number of registered microblog accounts in China to almost 500 million, and that’s just if you count Sina and close rival Tencent which recently announced 233 million registrations.

Kai Lukoff, editor-in-chief and product manager at iChinaStock, lauds Sina and the progress it has helped microblogging to make in China this year.

The explosion of microblogging, led by Sina Weibo, is the biggest China tech story of the year. Adoption has gone mainstream in a manner that Twitter can only dream of.

For comparison, Twitter, the original microblogging service, reported 100 million active monthly users, in September, with 400 million unique visitors to its site. Of course, both of these figures are different metrics than total registrations but they give an idea of reach and community.

Increasingly the Twitter-Chinese ‘clones’ comparison is becoming more like apples and oranges as Tencent and Weibo move into places where the label barely fits any longer. Both Tencent and Sina have developed additional products built around their core Weibo services. Features like instant messaging, live video, badges, polls, users groups and others would be alien to Twitter fans, but are part of the microblog experience in China.

Equally as impressive as the size and expansion of services from Chinese microblogs is their explosive growth.

Tencent’s user base grew by 33 million between June and August, a quarterly increase of 59.4 percent, while Sina’s latest figures suggest it added 50 million users between August 17 and this week, that’s close to 725,000 new users per day.

As the market leader and preferred service, Sina is leading this growth and has become so influential that the Chinese government is addressing ways to exert influence on the medium.

These selected Chinese giants are just three of the many tech companies whose development and size show the scope for further development in China. Outside of this trio, many other companies and products are performing well in China as the country’s appetite for tech – be it mobile, tablet, social media or the web – continues to show no sign of slowing.

Despite the high level of state intervention, there is reason for investors and entrepreneurs to be encouraged, according to Lukoff who also believes two of the three dragons are likely to push on further.

While investors worry that draconian regulations could stifle the Chinese Internet, Chinese netizens never got the memo. They continue to flock online and — spending significantly more time there than Americans — are fueling a flourishing environment for startups and Chinese internet giants alike.

Watch out for two mega-trends to drive future growth: e-commerce and mobile Internet. The former will boost Baidu’s search advertising revenues while the latter is a boon to China Mobile.

In and around the optimism there are stories of failure too, group buying site GaoPeng — the Groupon-Tencent partnership — saw its value diminish by $46 million in just none months, but the past week’s successes have shown that the future burns brightly for tech in China.

Read next: Batch for iPhone is a gorgeous app that lets you share a ton of photos quickly