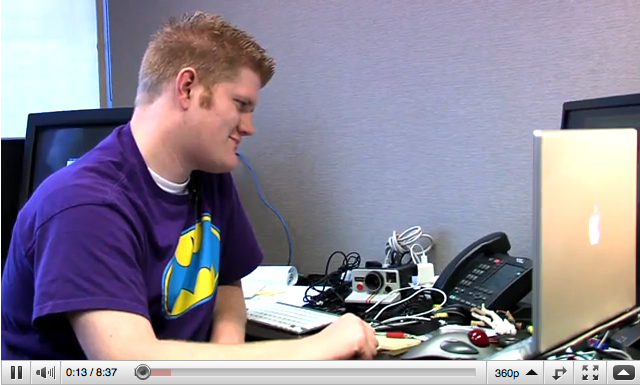 The government in Uzbekistan has unveiled its own social network to rival Facebook in the former Russian state.

Muloqot, which means ‘dialogue’ locally, is set to launch publicly on the country’s twentieth anniversary of independence on 1 September.

The government has big plans for the site which it believes will, “will create conditions…for the formation of high morals, for creation of spurs to successful development of modern knowledge and achievements of technical progress, with objective of realization of the idea of the comprehensively developed person.”

Like many countries Facebook is the most popular social network in Uzbekistan with an estimated user base of 83,100, according to web measurement site SocialBakers.

However unlike Facebook’s open-to-all approach, access to Muloqot is severely restricted. The site is open for Uzbekistan citizens only, all of whom require an Uzbek mobile phone number to which sign-up instructions are sent via SMS.

The site is rumoured to have been pre-launched with around 1,700 Uzbek’s invited to join although the level of censorship and interference will be key factors that dictate whether it can grow.

The experience of RFERL doesn’t provide much encouragement:

Colleagues in RFE/RL’s Uzbek Service managed to register on the first day and post RFE/RL content (blocked in Uzbekistan) to a general Wall (at that point there were only about 400 users). Within 15 minutes, however, their profiles were deleted. Another RFE/RL staffer posted some comments praising the president’s daughter, Gulnara Karimova, and their profile has remained active.

With many government in developing markets keen to assert greater control online, and particularly within social networks, Uzbekistan is not alone in launching its own, home-branded, state rival.

It will, however, hope for greater success than the Vietnamese government whose go.vn site struggles in its domestic, Facebook-dominated market, despite the fact that the social network giant is officially blocked in the country.

When control of messages and people’s behavour are the key targets of a social network, its chances of it finding success and overthrowing the established giants are slim. And that’s without taking into account the considerable challenge that the industry’s big boys pose.