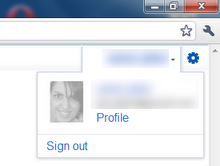 China Mobile, the largest telecom operator on the globe, grew its profits by 6% in the first half of 2011, according to a Reuters report. It’s the highest half-year growth the company has experienced since it recorded an 18% increase in profits in the second half of 2008.

The company has a little over 600 million subscribers, 35 million of whom are already using 3G services, and reported a net profit of 61.3 billion yuan ($9.6 billion) at the end of June. It reported profits of 57.6 billion yuan and handily beat analyst expectations for this year, which predicted 59.8 billion yuan in profits for the first half.

In the race to grab a hold of the largest chunk of the pie, China Mobile has been facing falling average revenues per user (ARPU) as it offers aggressive subsidies to customers in the 900 million strong mobile phone market in China. The company has been trying to lure customers to its higher-end 3G phones and service plans in an attempt to staunch the falling ARPU.

The company’s share price has fallen by 2.66% in the year so far and was down by 0.6% on Thursday morning, even as the main Hang Seng index remained flat.