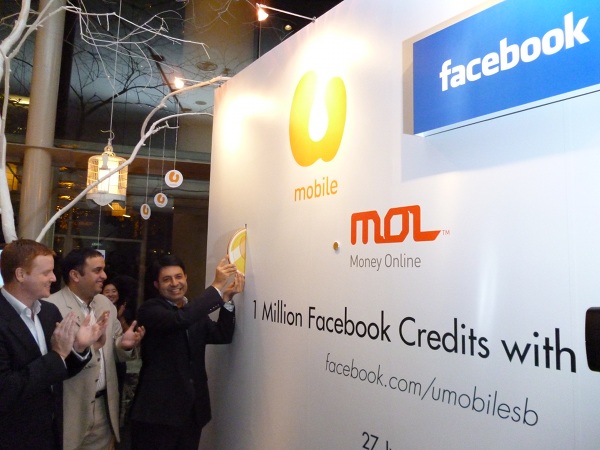 Facebook is definitely stepping up its game in Asia. The world’s biggest social network is now offering its proprietary online currency, Facebook Credits, as reward to Malaysian telco U Mobile prepaid mobile subscribers.

Facebook Credits are becoming more and more appealing in Asia as the region witnesses a boom in social gaming, with Facebook’s 140 million Asian users leading the way. This partnership is only a prelude to what we may expect in the coming months, as the creative use of Facebook’s virtual currency creates huge possibilities for the vast, mobile-savvy Asian market.