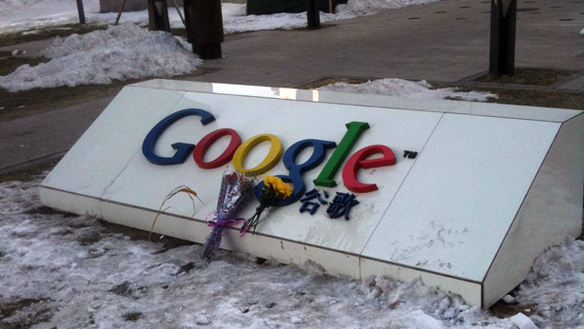 Reuters reports that an official Chinese newspaper labeled Google as a “political tool vilifying the Chinese government,” and sent a warning that the serious allegations against China could hurt the U.S. Internet company’s business.

The warning appeared in the overseas edition of the People’s Daily, the leading newspaper of China’s ruling Communist Party, which claims that Google is “deliberately pandering to negative Western perceptions of China, strongly hinting that the hacking attacks were the work of the Chinese government.”

Without specifying how Google’s business could be hurt, the commentary adds:

“For when the international winds shift direction, it may become sacrificed to politics and will be spurned by the marketplace.”

Last week, Google managed to disrupt the Gmail hacking campaign that appeared to originate from Jinan, the capital of China’s eastern Shandong province, which happens to be home to an intelligence unit of the People’s Liberation Army.

The Pentagon warned that the U.S. is prepared to use traditional military force against cyber-attacks it considered “acts of war.”

Read next: India to join the open data revolution in July