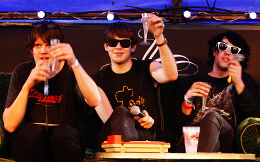 China has announced the approval of a new State Internet Information Office to spearhead the supervision of the Chinese internet, which the country identifies as both a potential gold mine and a political threat. We all know what that means — tighter Internet controls.

The Great Firewall of China is already one tough nut to crack but people find ways  to circumvent it using virtual private networks (VPNs). China intends to raise the barricades even higher by assigning an agency to collaborate with different organizations for the supervision and filtering of the Internet, which doesn’t come as a surprise given that Chinese authorities have long been worried that the internet could become a threatening channel for politically unacceptable ideas and images.

According to Marbridge Daily, a memo was distributed detailing the new office’s duties. It includes the implementation of an Internet information dissemination policy, as well as working closely with other government agencies in strengthening the oversight of online content.

It is said in the report that the new office will also be responsible for the approval of online news  and related services, as well as policy drafting for online gaming, online audiovisual services, and online publishing. It will also be responsible for organizing the government’s propaganda efforts through key online news sites, as well as the legal investigation and punishment of websites that contravene policies.

It will be based in the state council information office, the government’s propaganda and information arm and SCIO director Wang Chen will continue to serve as the director of the new agency.