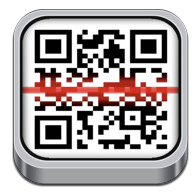 A few days ago, Prime Minister Najib Razak announced that all Malaysians aged 18 years and above will be assigned an official e-mail account to receive statements, bills and notices from the government.

The 1 Malaysia Email Project, according to the Prime Minister, is purportedly to allow a “direct and secure communication between citizens and the Government.”

As valiant as the 1 Malaysia E Mail sounds, it did not gain the support the government was hoping for, despite reassuring the public that it is a private sector project and that no public money is involved.

AP reports that within 24 hours of Najib’s announcement, the project has been ridiculed by many on social networks and online forums, describing it as a pointless publicity stunt for different reasons — corruption, propaganda, or even breach of privacy.

The project will be spearheaded by Tricubes Berhad, a local tech corporation, together with Microsoft and should be ready for public use in July. The project’s estimated cost is RM 50 million ($16 million), which would include setting up a website for social networking and bill payments, a sum protesters feel can be better used for other purposes.