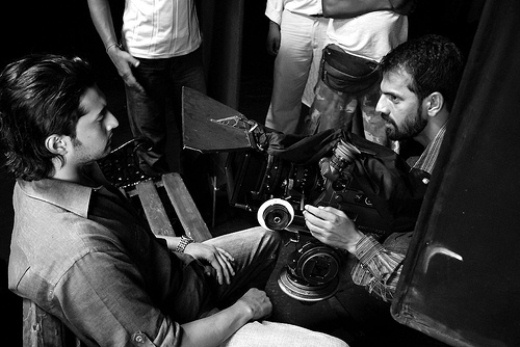 Bollywood filmmakers and producers are considering making the shift to online movie distribution via the Internet, believing that it has the potential to become a serious source of revenue for screening Hindi films. Industry experts even claim that by doing this, producers will be able to put an end to piracy.

Producer Vashu Bhagnanis’ Faltu will be released online in the overseas market starting April 2, according to a report by The Economic Times. Other major Bollywood film producers Yash Raj Films and Karan Johar are also in the process of releasing films on the Internet, the report said.

The profits became an eyeopener for the producers after witnessing Rajshri films’ success in online distribution. The film company released the Shahid Kapoor-starrer Vivah online, and reaped the rewards of Rs 4.5 crore (around US $1 million) in the first week itself. Not only did the company generate revenue by charging users for new films on its website, it also had free ad-supported older movies. Rajat Barjatya of Rajshri said:

”Our films are enjoyed by millions of non-resident Indians, but legal availability of movies in theaters or on home videos remain scarce overseas. With increased proliferation of broadband networks and digitally connected devices, especially in developed markets, we felt it was the right time to use the internet to distributeour content legally.”

Despite the optimism, the jury is still out on whether a movie should be premiered online, even if it’s only for the overseas market and majority of producers still prefer the safer option of streaming older films. An anonymous industry expert likened the Internet-film medium to that of the direct-to-home platform. ”If a film doesn’t attract audiences to the theatres within a week of its release, it makes sense for the filmmaker to immediately release the streaming rights for online viewing to get returns,” he said.

Bhagnani, however, is confident with the potential of tapping new markets online and is already dubbing Faltu in many languages including Spanish, French and Arabic.

”I am going to ask for only US $2.39 for my film. I am attempting this by tying up with various companies for the online release. Even if only 1% of the total market watches the films, it is good enough for me,” he said.

Read next: A technology bubble? History says no.