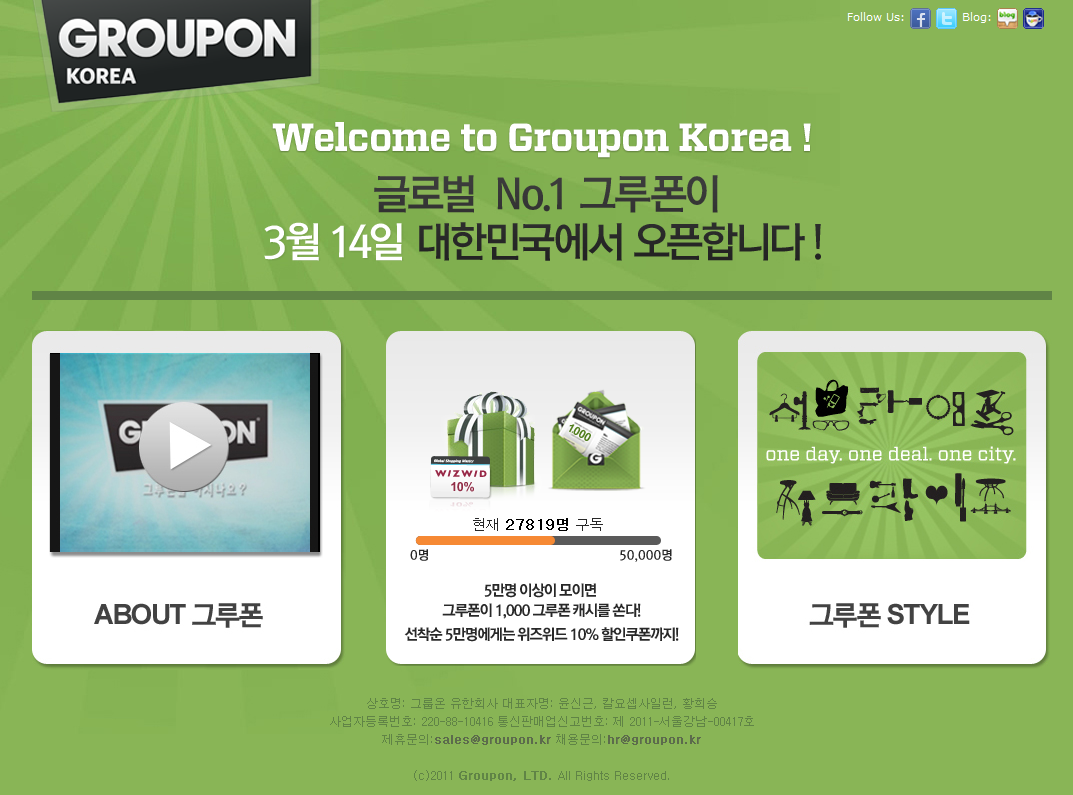 Following the recent China and UAE releases, Groupon, the grand-daddy of group buying websites, is officially launching in Korea on the 14th of this month.

Groupon offers discount deals for products and services by partnering up with local businesses. Each deal must meet a minimum quota of sales for the transaction to push through. Launching as Groupon.kr, the site has more than 16,000 people registered prior to the official launch despite the relatively quiet announcement. Unlike rivals Ticket Monster and Coupang, which are active in advertising through traditional media, the company relies heavily on word of mouth via social networks Facebook and Twitter, and has blogs on Naver and Daum.

Groupon will be entering a market where social commerce is already fiercely competitive. From practically nothing at the beginning of 2010, social commerce was worth more than 50 billion won a year later, with new sites cropping up seemingly by the week.

However, Groupon is no ordinary competitor, claiming more than 250 markets worldwide, with over 30 million registered users. In 2010, the company’s revenue soared 20-fold to more than $760 million. The company’s experience and vast resources will become the defining factors in conquering Korea as its localization efforts seem to be working well in other countries.