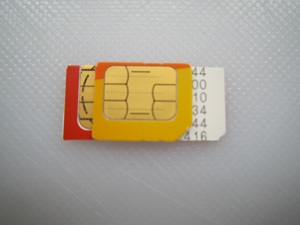 Facebook and Twitter, two of the world’s most popular social networks have prominent Chinese counterparts, RenRen and Sina Weibo. With this in mind, it doesn’t come as a surprise that Tumblr, the light, casual blogging platform, gets one too. DianDian (点点), which translates to “bit by bit”, is a new startup dubbed as the Tumblr clone of China.

Chinese tech blog TechRice reports that it has received a beta invitation from DianDian, which is currently on closed beta. Its founder Jack Xu, is a “Genius in the Chinese Social Networking industry”. Prior to starting this venture, he was managing RenRen and Kaixin, two Chinese Facebook clones, during the crucial time when these sites boomed in China back in 2009.

Here is an image of DianDian’s homepage, which closely resembles Tumblr up to the navy blue background. Like on Tumblr, users can also open mini-blogs using their main account, and assign other users as co-authors.

According to the report, DianDian copies around 80% of Tumblr’s functionalities, which is a very common practice for Chinese startups — making localized clones. I wouldn’t be surprised, however, if DianDian rolls out new and unique features as well, similar to what Sina Weibo did after copying Twitter.

Tumblr’s emphasis on customization and ease of use, is its unique selling proposition. Even though microblogs are already rampant, casual blogging platforms like Tumblr and DianDian focus more on creating and sharing media content including photos, quotes, links, audio, and video, that can easily be “reblogged” by anyone. Currently, there are 12 million blogs on Tumblr with an 85% retention rate compared to Twitter’s 40%.

Read next: Samsung to announce new 8.9-inch Galaxy Tab as soon as next month