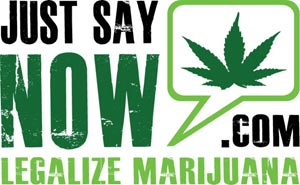 Niklas Zennstrom, founder of the globally popular VOIP service Skype, is setting his sights on what may prove his toughest challenge yet – channeling funds into innovative Chinese start-ups with hopes of bringing them to the international stage.

The Swedish entrepreneur believes that China is a well-functioning market for tech startups. “There is lots of capital and talent. It is a fast-growing market, and there are markets for public offerings.” He is actually particularly interested in games, which makes perfect sense as China has a rapidly growing game development community that is starting to develop for overseas markets. With an Internet user base of more than 457 million, the biggest in the world, it’s hard to ignore the potential of the Chinese market.

There are however a lot of challenges to face. The local market is very competitive, which is mostly because local players understand local culture and preferences better than foreigners, and can adapt their operations faster to suit user demand. True enough, every global Internet giant that hoped to conquer the world’s largest Internet market has failed while local counterparts continue to triumph. Baidu still dominates search, Tencent’s QQ instant messaging, Alibaba’s Taobao online auction. Top that off with the Great Firewall of China blocking popular social networking sites that allowed for local counterparts such as Renren, Weibo, and Youku to flourish.

What China is lacking is originality, Zennstrom told Asia Times. The most popular Internet giants in China are actually modeled after US counterparts Google, Twitter, Facebook and the like. However, what the Chinese lack in innovation, they make up for in execution. The Skype founder prefers start-ups with “big ideas and game changing strategies”. Despite this, Zennstrom understands that the country is rising quickly and believes that now is a good time to hunt for innovative start-ups. He particularly admires China’s risk-taking culture, believing that it is a key ingredient in success.

Interestingly, Penn Olson points out that China couldn’t be a global power by being an imitator and the world’s factory. We are optimistic, however, because China was ranked fourth in terms of global patent applications last year, which may be a good sign for the country. It’s not by any means a “Silicon Valley” just yet, but don’t be surprised if one day it is.

Read next: Silicon Valley Uncovered: DoTogether-Go shopping in the mall with your Facebook friends