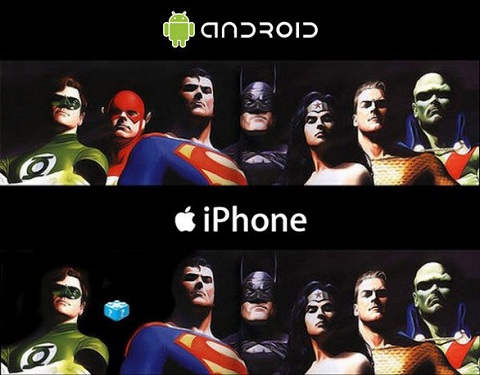 The saying used to be “what if Google built it?” Lately, if you’re in the coupon business, the question is more along the lines of “what if Groupon does it?” SnapDeal, currently India’s largets coupon site, is having to answer that question right now. How it chooses to answer, though, might very well surprise you.

I had the chance to sit and talk with Kunal Bahl, CEO of SnapDeal. During the course of thirty of the most interesting minutes in my blogging career thus far, Bahl discussed SnapDeal’s history, its future and what it plans to do with the $12 million that just landed in its hands. While Groupon has acquired Indian coupon business SoSasta, the road ahead is one that Bahl and his team seem to have built.

Bahl is like any great entrepreneur you’ve met — he’s hungry and he’s driven. After spending 6 years in the US, Bahl returned to India, developing a bootstrapped company that was advertised heavily via coupons. It was during this time that Bahl realized the power that a business which was dedicated solely to finding a great deal could have. With that, SnapDeal was born. From the first bit of code to a live site? 8 days.

According to Bahl, India’s competitive nature and low barriers to entry for starting a new business leave only one place to stand out from the crowd: scale. So with a live site, Bahl and his developers began scaling immediately. Demand was high, but not in the way you might think. Rather than demand from the customer, it was from the businesses:

The recession helped because businesses became desperate to move product. They were literally coming and saying “we’ll do anything.”

SnapDeal operates much the same way that Groupon does, but there are differences. The most notable of these is that there is no ground floor number of deals which must be sold before it will “go live”. Businesses simply offer up the coupons or discounts and let the buying begin.

Beyond that, though, SnapDeal has a category difference that Groupon has yet to do — SnapDeal will sell physical merchandise. With discounts as deep as 90-percent in some cases, SnapDeal has found a niche with the typically “touch and feel” culture of Indian consumers.

Bahl says that “India is a different, ruthless market, dominated by offline businesses.” In order to be successful with an Internet-wary society, the reputation of the brand is critically important. To help build that reputation and that top-of-mind awareness, SnapDeal has turned to traditional advertising methods. Using radio, TV and even sponsorships, SnapDeal has managed to warm the hearts of an otherwise hard-to-sell society.

So what of the $12 million? “The focus has to be on the sales process”, first and foremost, states Bahl. 5 out of 10 deals are inbound interest from business and SnapDeal will spend a considerable amount of its resources in continued, rigorous training for its sales staff. Bahl states that, in his experience, Indian businesses are typically suspicious of Internet business, so sales training is an absolute must.

Beyond that, the company plans to extend itself geographically. “Most Indian cities have numerous ‘downtown’ areas”, says Bahl. “As a result of these multiple areas, you have to be hyper hyper local, offering coupons to a specific area of a city, rather than only to the city itself.” The funds, of course, will help SnapDeal to reach its hands into areas that it doesn’t presently serve, further raising the bar that Groupon must meet.

While it can be argued that Groupon is perhaps only acquiring these smaller companies simply to show that it can operate internationally, SnapDeal has considerable international experience of its own. Jasper, the parent company of SnapDeal, presently operates in 5 countries and it appears that SnapDeal will follow suit in the coming months.

Is this how you take on a giant at its own game? It seems to me, after spending some time talking with Bahl, that the game being played doesn’t matter nearly as much as having the home court advantage.

Read next: Tagged: 100 million users, $32 million revenue, proud to have lost to Facebook