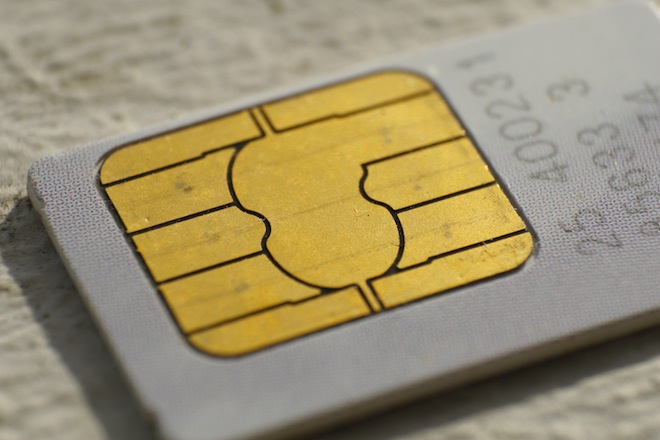 Mobile phones in the Philippines have come a long way – from only 2 million subscribers back in year 2000 to what it is today – reaching even the farthest of the 7,000 islands in the Philippines. It’s no surprise that the country is known for being the “Text Messaging Capital of the World,” which is brought by lenient regulations and free distribution of prepaid SIM cards and mobile devices that took the country by storm. The landscape of mobile phone use in the country may change, however, as due to the recent bus bombing in Manila and several terrorist threats, the Government is now looking to revive the bill to impose a mandatory SIM card registration for all prepaid users. The draft circular titled “Mandatory Registration of Subscriber Identity Module Cards” is filed by Cagayan de Oro representative Rufus Rodriguez, and is supported by ex-congressman Ruffy Biazon and National Telecommunications and Commission officer Edgado Cabarios, among others. It states “All cellular mobile telecommunications service [CMTS] providers shall ensure that the identity and addresses of the person/s purchasing SIM cards from them are verified and recorded.” Also included in the draft are stiffer penalties for phone theft. While it all sounds good in the proposal, a bit too good to be true to be honest, I would like to give my opinion on the matter.

This is actually not the first time the bill has been proposed. Still pending at the legislature are House Bills 92 and 1313, which also seek to regulate the sale of prepaid SIM cards by requiring valid IDs prior to sale. It dates as early as August, 2000 but due to stiff resistance from teleco providers and privacy advocate consumer groups, it never took flight. It is also noteworthy that there are other countries in Southeast Asia such as Singapore, Malaysia, Indonesia, Cambodia and Brunei that have successfully implemented SIM card registration.

A Step Towards Progress

While I do believe that SIM card registration will NOT be the country’s magical solution from crime and other acts of terrorism, there are still good reasons to do so. I am for it on the grounds that adopting the new system will allow for responsibility and order to occur. Anonymity gives criminals, abusers, scammers, spammers power. It may not abolish crimes, but it will curb misuse and abuse — just as e-mail is required to use services in the Internet.

The Costs and Logistics One of the factors raised by the opposition is the cost of setting up the systems–both in terms of monetary and manpower. There are currently 80 million prepaid subscribes in the Philippines, including 10 million from Overseas Filipino Workers (OFWs) abroad. I believe that the responsibility should fall under the telcos to accommodate their own subscribers from registration to database maintenance and I am confident that they are able. It is not something we expect to happen in a day but a gradual process to adapt to. The number of prepaid subscribers is only continually increasing and if no action is done soon, it will just going grow bigger in the future. If you think it’s tedious and expensive now, what more once we reach 150 million.

Privacy is a non-negotiable but in this case, it shouldn’t be a matter of concern. Postpaid users currently have their information stored with the telcos and there is no way for the public to access this information. It has to undergo a court process and the same procedures can be applied to prepaid users. If people are afraid that these subscriber databases are prone to attacks, then current postpaid subscribers as early as now should be worried. This would definitely put a pressure on telcos to improve and secure their systems, which should really be the case in the first place.

Fraud and getting around the system

This is probably the biggest concern because sad to say it can’t be avoided. At the very least, there is effort on our part to prevent it and putting more value to the SIM cards will only make the owners more responsible and vigilant in taking care of theirs. There are registered cars that get stolen, secure social networking accounts that are hacked. Proper identification may not solve it, but it allows for systems to be in place. We will just have to trust that the government will adjust to it, in this case–by imposing a more severe penalty for identity theft and monitored regulation and activation of the SIM cards.

Proper execution is key, yet it is the hardest part There are a lot of good laws in the Philippines, however, the ability of the government and the parties concerned to implement and execute leaves room for doubt. For the proposal to even work, it requires a good, thorough action plan that is followed up with a relentless implementation execution. The proposal sounds good on paper and is paved with good intentions. However, it is critical that for this to work, there should be cooperation between all affected parties. Not just the NTC, but for Telcos, retailers, and the consumers as well. It should be spearheaded by good leadership that will trickle down even to the grass-roots of the operations to achieve a common goal.

I do acknowledge that the implementation will be difficult beyond imagination but I also believe that it is a gradual process that the country is capable of adapting to. Public hearings will be scheduled and we’ll update you once there is progress in the matter.

If SIM cards were to be regulated in your country, would be for or against it? We would like to know what you think.