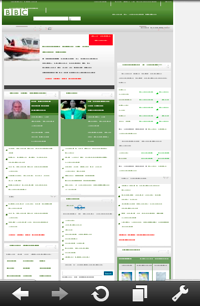 The major players in the tech hardware field tread a risky path when they pre-announce cool technology products, especially in the gaming market.

It goes without saying that the coolest products will be cloned by smaller outfits, usually in China, and, let’s be honest, by the other big players if they think there’s a buck (or a few million bucks) to be made by doing so.

Take the Nintendo Wii as a prime example.  After its launch, while we were all desperately scanning e-commerce sites looking for the magic ‘in stock’ label, a Chinese manufacturer was already producing the Vii, a blatant knock off of Nintendo’s hit console.  Move on a couple of years, the Wii has been a huge success, so, of course, the other console makers want a piece of that pie.

Microsoft formally announced its Xbox Kinect motion technology in June 2010, after months of hints about the then Project Natal and Sony also had its PlayStation Move preparing for launch after a 2009 announcement.

But, already, the technology had been cloned.

Enter i-dong.  No, stop that snickering at the back, it’s not what you think, Apple aren’t getting into the adult toys market.  i-dong, which translates roughly from Chinese as “Love Movement” (no, seriously, it isn’t that funny), is a Xbox Kinect/PlayStation Move clone that beat both of those major players to market in China by several months.

In concept, the, er, “Chinese clone” is more like the PlayStation Move than Xbox Kinect, requiring the use of PlayStation Move like hand controllers, and, by all accounts it has been moderately successful in its home territory.

The question most people probably ask is “What will Microsoft and Sony do about it?”.  If i-dong tries to enter overseas markets, it’s probable that one or other of the big names will call in the lawyers, but, if it stays focussed on the domestic market, the big guys may just leave it alone and let their products do the work for them.

After all, who remembers the Vii now?