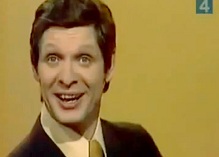 Venturebeat is reporting that Zynga will bring its hit social game, Farmville to Japan later this month.

As part of Zynga’s ongoing moves to lessen its dependence on Facebook, the game, renamed Farm Village, will appear on popular Japanese social network, Mixi.

This is a smart move by Zynga.  As The Next Web reported recently, Mixi is by far the largest social network in Japan, with Facebook only entering the top one hundred this year at number thirty-eight.

By doing this, Zynga immediately inherit the largest social media audience in Japan, instead of having to help Facebook increase its small market share.

There is still no guarantee that Farm Village will succeed in Japan.  Social gaming is big business in Japan with several large companies already in strong positions.  Zynga has teamed up with Softbank to expand into the country but it will still have a difficult task ahead.

It is also a slightly ironic move.  A couple of months ago, Resonance China reported, in a story that challenges common perceptions about the Chinese software business, that Farmville actually copies an existing Chinese online game that, in turn, was loosely based on a Japanese game.  So, the genre comes full circle.

Read next: Launch Party 10 In Their Own Words: NodeFly