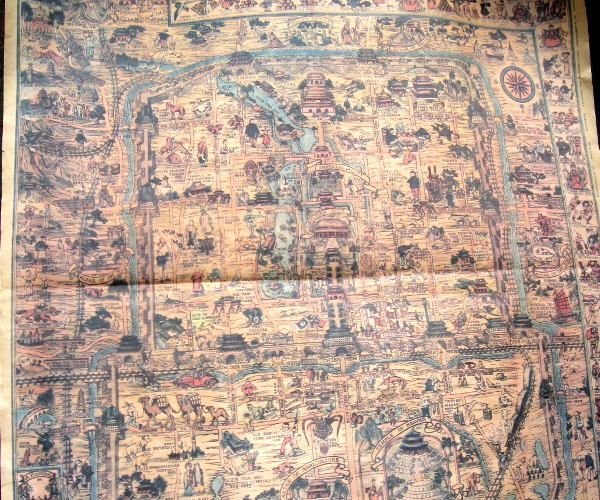 Google and other companies that wish to offer online mapping services in Mainland China reportedly now have until July 1, 2011 to receive approval, or they could face “punishment” under the law.

ComputerWorld is reporting that it received an email from the State Bureau of Surveying and Mapping (SBSM) that lays out a timeline for those companies that still haven’t received and/or applied for a license, after the bureau enacted new regulations earlier this year. The regulations state that all services must apply and be approved for a license, and that all mapping servers must be located within Mainland China, something that Google has not done in the past.

The email also reportedly contained the following info: the SBSM says that Google has yet to even apply for a license at this point.

The timeline that ComputerWorld lays out says that companies have until March 31, 2011 to receive approval or the Chinese government will “expose to the public” those companies. We’re not sure exactly what that means, other than perhaps just providing a list of companies that have previously had services but haven’t received a license (and would perhaps be operating without one?). If a company does not have a license by the second July 1, 2011 deadline, the report says that the government will carry out unspecified punishments under Chinese law.

It is unclear from the report whether or not Google and other companies have received any directives from the SBSM regarding this timeline.

So what exactly could the government do to a mapping company that doesn’t have a license? Well, if the service is still functional, obviously the government could block the service for one. Also, if the company has a legal entity in China (which it almost certainly would if its applying for the license) then the government could fine that company based on non-compliance. However, couldn’t a company – and the biggest fish here is certainly Google – just say “we’re not going to operate a mapping service in the country” and be done with it?

In Google’s case, that would most likely mean the company would have to shut down its current mapping page, but could it then finagle something like it did for search and serve its maps from a Hong Kong address?  Would the Chinese government block that too? Hard to know, as google.com.hk has stayed relatively unblocked since Google made the move, so theoretically it might work, at least as a short-term solution.

Of course, Google Maps goes far beyond the browser and is an integral part to Android and many many mashups – if all of that were to go away in China on July 1, Google could feel a painful sting, especially as other companies – including the 18 domestic companies already approved as well as perhaps Nokia and other multinationals in the future – move to solidify their positions in the market. Also, the SBSM recently launched its own online mapping service called Map World, which includes 3D Google Earth-type options as well as the standard 2D map.

Google responded to ComputerWorld with the following statement, one it has issued in the past, “We are examining the regulations to understand their impact on our maps products in China.”

We’ll just have to wait and see how this story develops and whether or not Google and others decide that it is in their best interests to continue to offer mapping services in China.

Read next: Rumor: Has Google already bought Groupon for $2.5 billion?