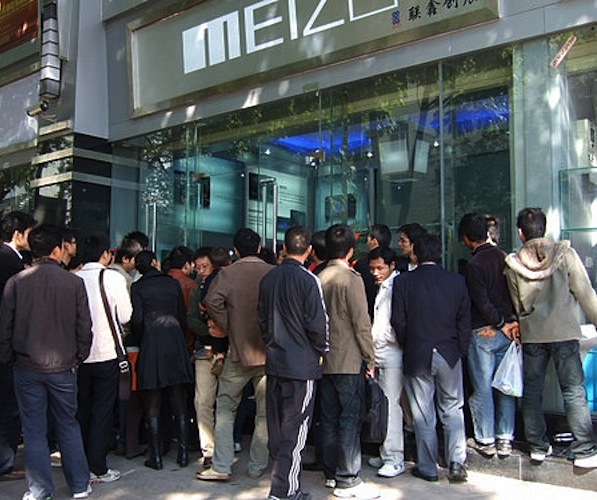 Jack Wong, CEO of Chinese phone manufacturer Meizu, has said in an online chat that Apple flew one of their VPs to China for discussions with his company during their successful attempt to prevent the sale of the M8 phone.

The Meizu M8 was widely promoted in mock up form within weeks of Apple’s January 2007 iPhone announcement.  By the time the M8 was released, late in 2008, a year before Apple entered the Chinese market, the design was very similar to the then current iPhone 3G.   Over time, Meizu did attempt to differentiate the M8 phone’s customised version of Microsoft’s CE 6 operating system from Apple’s iPhone operating system but it was not enough to prevent Apple’s legal challenge.  According to Meizu, Apple originally negotiated with the company to stop further production of the M8 but then changed their minds and ordered Meizu to withdraw all M8 phones that were already in the retail channel.

The company is now said to be working on the M9, an Android based successor to the M8.

Wong had this to say in an online chat when asked for an official statement, translated by Meizu Me.

On behalf of Meizu: The government of Zhuhai has helped us take this issue to the Provincial IP Office in Guangzhou to discuss the issue with Apple. Apple flew in a Vice President directly from the USA.  Apple going back and forth made me angry, but I was even more mad at the media saying that I’m doing this as a PR trick!

PR trick or not, Meizu have a long history of producing close copies of Apple gadgets, previously focusing on iPod Nano mp3 players.  It really comes as no surprise that Apple took this action.  Perhaps the only surprise is that it took so long.

Read next: Spotify losing in UK but profitable in Sweden