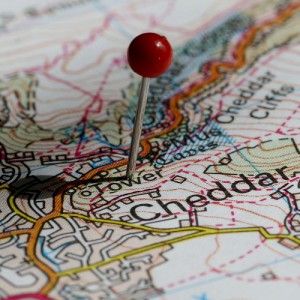 A few months after I moved to China in 2009 I met Scott Ballantyne, an expat entrepreneur, whose coffee company was running a location based marketing game.  All you had to do was tweet from within one of Shanghai’s many coffee shops with a short review to receive reward points.  The first tweeter from any shop got more points than subsequent tweeters.

The company, Flying Turtle Coffee put a leaderboard on their website and rewarded players with free bags of coffee for achieving certain scores.

This was a cool idea, but, it was mainly a manual process.  It didn’t use the location technology embedded in many smartphones and at the time, location based players like Foursquare and Gowalla just weren’t on the radar in China.

Of course, now, the landscape has changed.  Location based services, while still niche players, even in the west, are very much on the radar if only because they are so visible on our Twitter streams.  Foursquare have even received the ultimate accolade from the Chinese government, being blocked by the Great Fire Wall, even though, ironically, government owned English language newspaper China Daily has recently launched a Foursquare page.

Recent studies suggest that growth the use of location based services in the west is levelling off and may actually be falling slightly, but, that they are poised to take off in Asia.

According to analyst, Ryan Lim of Singapore based Blugrapes, quoted here, the landscape is ripe for the adoption of location-based services in Asia, where the use of social media is growing at an exponential rate.

The country to watch in the short term is probably Indonesia. The take up of social networks there has been phenomenal with that country easily the world’s second most prolific generator of Tweets.

Even in China, where popular sites like Twitter, Foursquare and Facebook are blocked, and 3G services are still rolling out nationwide, homegrown location based services are springing up to fill the void.  Jiepang is essentially a Chinese clone of Foursquare providing very similar features and rewards for it’s users.  The continued expansion of the smartphone market across the region will only serve to boost the growth of these services.

In summary, however, the conclusion of most reports is that, if location based services are to really achieve mainstream market penetration and move out of the niche, they will have to provide true value to their users with genuine rewards.  Much like Flying Turtle pioneered last year.