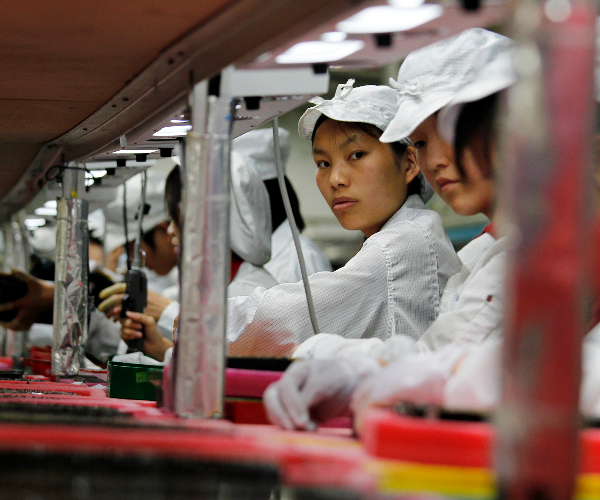 Two reports separate reports have hit the blogwaves today that both point to production (either underway or soonish) of the CDMA iPhone in China.

The first report is by DigiTimes, which says that Taiwanese company Pegatron is projecting it will ship 10 million CDMA iPhones in 2011, citing “sources from component makers”. Those sources say that Pegatron is hiring 10,000 new workers for its Shanghai factory, as well as installing new equipment. DigiTimes says that Pegatron CEO Jason Chang, “declined to discuss its clients, but pointed out that the increase in employees is mainly to handle growing smartphone business and he expects revenues in the first quarter of 2011 to see a strong increase.” The report also says that CDMA iPhone 4 units could start shipping as soon as December 2010.

The second report comes from CENS.com which says that Hon Hai Precision (i.e. Foxconn), “is reportedly going to ship the newest CDMA edition of iPhone 4 to Apple Inc. in 2011, according to industry sources.” That report states that Foxconn is projecting shipments of 15 million CDMA iPhone 4 units in 2011, and says,

Apple will launch the phone in early 2011 in cooperation with a couple of telecom companies as Verizon and China Telecom, in a bid to further boost its smartphone market share through exploring the CDMA segment.

So, if one or more of these reports turn out to be true (rumors of a CDMA iPhone have been circulating for awhile, so take these as you will) then it’s still unclear whether:

Certainly murky stuff, but for Verizon, China Telecom and other subscribers on CDMA networks, perhaps there is a little more light at the end of the production tunnel – or maybe it’s just a reflection of your flashlight…