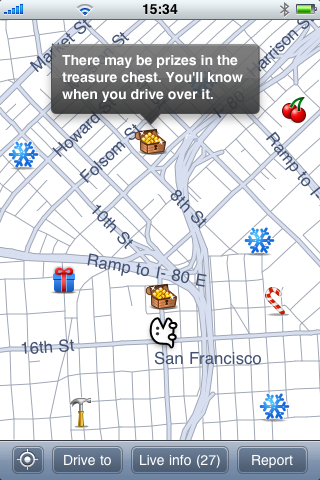 Nintendo has decided not to add 3G to its Nintendo 3DS gaming device, and will instead setup “Nintendo Zones” in Japan where 3DS users can connect to WiFi over the device’s SpotPass feature, which allows the device to download rankings, notifications and new free software.

Though SpotPass is designed to work in the home as well, Nintendo president Satoru Iwata has explained that instead of making users pay a monthly fee for data/3G, the gaming company decided that most users wouldn’t pay, so in order to get as many 3DS users online as possible:

“…we wanted to create a situation where Nintendo 3DS could connect to the Internet from time to time just as long as their owners carry it around wherever they go in their daily lives, so that they could receive new messages, offers or even new software, from Nintendo. This is why we have incorporated the function called, “SpotPass.”

We’re pretty interested to know how 3DS users will find/know about these “Nintendo Zones”. Will there be signs or will users need to use their phones to locate them? Also, will they be in public areas or will they be in some kind of enclosed space? (we’re guessing they’ll just be in public areas, but still, wouldn’t it be cool if there were Nintendo lounge chairs or something too?). The “zones” haven’t yet rolled according to Nintendo Life, but when they do, if they are anything to look at, we’d love to see some pictures from our readers in Japan.