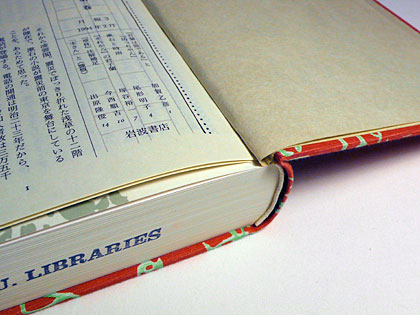 Google will launch its still unseen Google Editions product next year in the Japanese market, Google Japan announced today according to the AFP.

The article points out that Google is moving forward in Japan despite a market that hasn’t really opened up to ebooks yet, and in one where author / publisher commissions, royalties, etc are very complicated.

Yoichi Sato, a strategic partner development manager at Google Japan was quoted by the AFP as saying,

“Hopefully, the industry’s recent development to prepare for the full-fledged spread of e-books in Japan will help improve understanding for our project…Hopefully, major publishing houses will see benefit in this venture later this year or next year.”

We could be taking this out of context, but those lines don’t sound very confident to us. Google is probably figuring that with the proliferation all things mobile in Japan that sooner or later ebooks will come into vogue, and that the US company must figure that it needs to get in as early as possible, especially as Japanese companies, such as Sony which is already very deep into the ereader market, start to try to corner their home market.

Originally, the rumors were that Google Editions would be launched in the US this past summer, but that did not happen – we’ll just have to wait and see if Google Japan will be able to keep its schedule (which we’d imagine it should).